It appears that Big D saw his shadow and we will get ten more years of swearing, angry, and often entertaining rants. Dana White revealed that he did in fact renew his contract for another decade to stay on as UFC president. This is good news because someone else stepping in to the ESPN landscaping … Read more 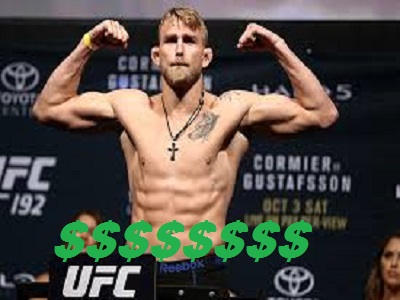 Alexander Gustafsson has apparently inked what he calls a ‘lucrative’ deal with the UFC. He also believes, as any respectable fighter should, that he is going to be champion soon and with Jon Jones out of the picture that just may happen if light heavyweight champion Daniel Cormier beats heavyweight champion Stipe Miocic in July … Read more 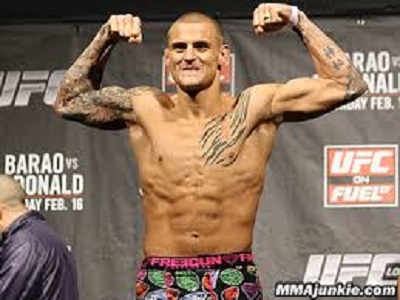 Speaking with MMAJunkie, Dustin Poirier said his new UFC deal includes “championship language”. This apparently means that provisions were made that if he becomes champ then good stuff happens financially. Here’s what he said via BJPenn.com… I just rewashed my old contract after my last fight and got a new contract. I got close to … Read more

Despite back-to-back losses in the UFC, Spencer “The King” Fisher, recently inked a new four-fight deal with the organization.  Fisher, who is 8-5 in his UFC career and 23-6 overall, will be looking to get back on track at UFC 120 facing UFC newcomer Curt Warburton. The signing first reported by MMA Junkie, extends a … Read more

Jake Shields: Maybe they think it’s a done deal that I’m going to UFC, because that’s the way the media plays it. But I know my manager is talking with them. Scott [Coker] has given me good opportunities. He got me the opponents I wanted and I was on four of the five CBS shows. It’s all been good. But I won’t know my decision until the final offers are in.

KNOXVILLE, Tenn. – Ovince St. Preux (6-4), the former Tenneessee Vol linebacker who has been touted as one of the hot up-and-coming light heavyweight fighters to watch, has signed a multi-fight contract with Strikeforce. ProMMAnow.com was notified of the news Thursday by St. Preux’s manager, Joey Zonar. The news does not come as a surprise … Read more

MONTREAL, Canada – Following a third round unanimous decision loss to Josh Koscheck at UFC 113 at the Bell Centre, England’s Paul Daley has been released from the Ultimate Fighting Championship according to UFC President Dana White. However, he was not fired because he lost the fight, but rather due to his actions following the … Read more

Former UFC heavyweight champion Andrei “Pitbull” Arlovski (15-7), has signed a new multi-fight 16-month contract with Strikeforce. Arlovski broke the news today on his personal website www.arlovski.com. The Belarusian stated, “I cannot wait to get into the ring and show the world what I have been working on the last few months.” The website also … Read more