USADA released a statement concerning UFC middleweight Brad Scott and a suspension stemming from a failed UFC Liverpool drug test in May. USADA announced today that Bradley Scott, of Melksham Wiltshire, United Kingdom, has tested positive for a prohibited substance and accepted a two-year sanction for his violation under the UFC® Anti-Doping Program. Scott, 29, … Read more

Jack Marshman was trying to meet Brad Scott at 170 pounds but had some serious weight cutting. Marshman’s manager Graham Boylan spoke to MMA Junkie about the UFC Fight Night London withdrawal and here’s what he had to say via MMAmania… As with all athletes, the weight cut is always something that can go wrong, … Read more 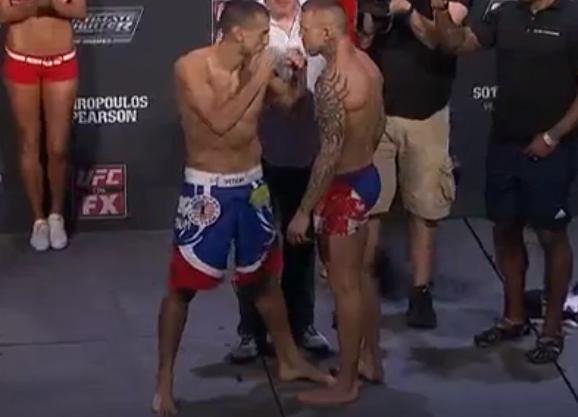 The UFC on FX 6 weigh-in’s are complete with all fighters on weight and ready to rock in Gold Coast, Australia.

The UFC has revealed the 16 Australian and British mixed martial arts fighters who will represent their countries on “The Ultimate Fighter: Australia vs. UK – The Smashes”.