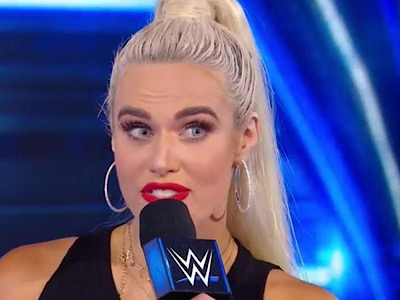 Come on you marks. It’s almost 2020. WWE’s Lana spoke with ComicBook.com and revealed that her latest on screen angle has prompted some angry fans to cross the line. The angle is simple. She left real life husband Rusev in the storyline to be with Bobby Lashley. For some reason, even knowing that it’s all … Read more

Finn Balor is a relatively small dude so when we saw him pick up Bobby Lashley and powerbomb him our jaws dropped. Check it out.

This is one of the sickest flying spears we have seen in a long time. Finn Balor is sent all the way back to the announce tables by a soaring Bobby Lashley at Wrestlemania 35.

The joke about walking merchandise booth John Cena’s WWE limited move repertoire has always been that he only has “5 moves of doom”. Flying shoulderblock, sitout hip toss, side-release spinout powerbomb, Five Knuckle Shuffle (fistdrop), and FU Attitude Adjustment (Fireman’s Carry Takeover). So, playing off of fan criticism he unveiled a ‘6th move of doom’ recently and it is good for one thing – comedy. We want to suspend our disbelief but with things this corny flying around it’s very hard. Check out Lloyd Christmas and his lightning fist of fury.

Former UFC and WWE star Ken Shamrock never has a problem with expressing himself. This time we agree with his opinions about the awful segment featuring Bobby Lashley on Monday’s RAW and his “sisters” that tipped the cringe scales. Check out what he wrote on Twitter… When it’s good, #RAW is great entertainment and unparalleled … Read more

RAW has been bad, real bad for a few years now. Roman Reigns as the main event focus has lowered WWE ratings and buy rates and forced fans to swallow some awfully bad promos. However, Roman looks like a king compared to the participants in this segment involving Bobby Lashley and some men in drag during last night’s RAW. Ugh. Check it out…

WWE is focusing on a number of items for tonight’s RAW including UFC legend Ronda Rousey’s impending title shot and Bobby Lashley’s feud with Sami Zayn. Check it out and let us know if you’ll be watching. * How will Sami Zayn “expose” Bobby Lashley? * Will The Big Dog’s rampage continue? * Which Raw … Read more

Bobby Lashley left WWE to pursue a pretty successful MMA career until he caught the wrestling bug again. The big man has returned to WWE and a dream match with Brock Lesnar may happen. Originally the fans wanted Brock vs Bobby in the UFC but it never materialized so pro wrestling will have to do for now. Lashley came out and decimated Elias with an amazing show of strength. Check it out…

MMA fighter Bobby Lashley who also wrestles for the IMPACT! promotion speared American Top Team owner Dan Lambert violently through a table at a recent taping. The angle between the two was a basic one revolving around them having a falling out. It culminated on January 25th with the brutal move and Bobby’s arms being raised in celebration. They also went to town on his associate after the match. Check it out. 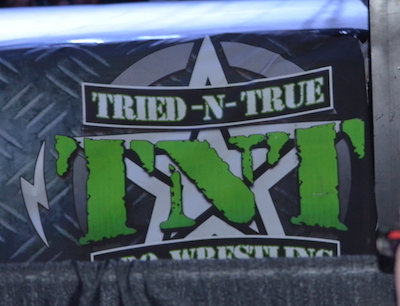 I hadn’t been to a pro wrestling match since I saw Dutch Mantel at the National Guard Armory in Springfield about 20 years ago. MMA had replaced any former love I held for the pro wrestling thing. I was raised on Tojo Yamamoto and Jerry “The King” Lawler. The Fabulous Thunderbirds and Dusty Rhodes. Pops … Read more