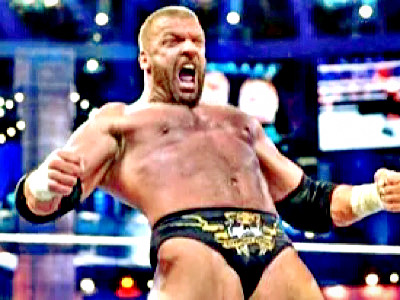 In the past few days Paul Levesque better known as legendary pro wrestler Triple H hinted at an announcement related to his health. HHH has been active in the business since 1990 and those years took a toll on his body. Late last year he underwent a reportedly serious cardiac procedure related to a genetic heart defect causing concerns. Questions about his role in WWE after the surgery had been left unanswered.

Despite his maligned run as champion in the early 2000’s his career is fondly remembered as one full of solid in ring work and often entertaining skits. He made the perfect cocky villain that was so cool he had a hard time staying a bad guy because fans would eventually cheer him. They are smart and passionate and saw just how hard HHH worked and trained. An incredible muscle packed physique, rugged looks, and unshakable work ethic all combined to produce an embraceable star.

He was the guy who worked with the top guy which is the ultimate compliment. They picked HHH, and trusted him enough to help cement future stars and ensure their successes. He could lose on Sunday and come out Monday like nothing happened and wouldn’t lose an ounce of credibility. He carried the top belts numerous times and did so with respect and pride which again did not go unnoticed by fans. We all knew he cared about the business even if backstage he was part of the infamous ’Kliq’. That group’s antics are wild and would require multiple articles to even scratch the surface. We will stick with his in ring career for now.

His last televised match was in 2019 against Randy Orton, a star he helped elevate to one of the biggest in history. Since that time HHH has continued to work behind the scenes moving and shaking leaving fans to try and guess his inevitable return. Alas, it will never happen.

News broke today of his retirement (via BT Sport):

While his in ring career may be over, his continued work behind the scenes will go on. Have a happy retirement champ.