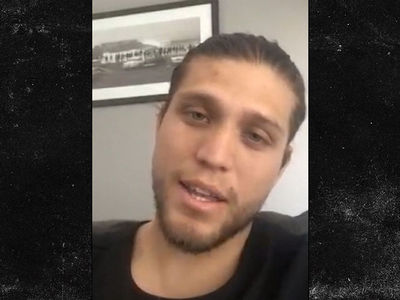 Alexander Volkanovski vs. Brian Ortega, the main event for UFC 266, is set to take place on the 25th of September 2021 in Las Vegas, Nevada. The fight is one of the most anticipated MMA events of the year; it was first scheduled for UFC 260 but had to be postponed after Volkanovski contracted COVID-19. The two are among the best pound-to-pound fighters in the world, and everyone in the world has been waiting to see how the two face off. Both fighters have chips on their shoulders, and everyone is expecting this fight to be a classic.

Below, we have provided the profiles of both fighters and have assessed how they match up against each other.

Alexander Volkanovski is the reigning UFC Featherweight Champion, and MMA betting odds have him as the favorite to win the fight and retain his title, given his dominance on his way to originally claim the belt. Volkanovski, standing at 5 feet 6 inches and weighing 145 pounds, is considered among the top-10 best pound-to-pound fighters in the world. He sits top of the UFC Featherweight Rankings and has a 22-1-0 record in his career with 11 knockouts.

Volkanovski, 32, became the Featherweight Champion on December 14, 2019, by defeating Max Holloway via unanimous decision. He defeated Holloway again in a rematch in 2020 and has retained the title ever since. Volkanovski’s fight against Ortega was originally scheduled for March 27, 2021 but was rescheduled when he contracted COVID-19.

Volkanovski has changed his style as he has grown in his career; he has gained a lot of experience and can now drop his opponents using various techniques. From a barrage of leg kicks to uppercuts, he can do everything to bring an adversary to the ground. He has an orthodox fighting style with a reach of 71 inches. On top of this, Volkanovski is also a very accurate striker and lands 55% of his strikes while averaging 6.02 strikes per minute.

He has also improved his grappling and can secure takedowns a lot more easily than he previously did; he has a takedown accuracy of 34% and averages 2.1 takedowns per 115 minutes. Moreover, Volkanovski has also improved on defense and can take on much more than the others have the energy to throw.

All these factors combined are the reason experts think Volkanovski might have a little edge over Ortega.

Brian Ortega, 30, is an American mixed martial artist who is currently ranked third in the UFC Featherweight Rankings. Experts believe that Ortega is the underdog in this fight and might have to produce a little bit of magic to get the best of Volkanovski. Ortega, standing at 5 feet 9 inches is three inches taller than his opponent and weighs 145 pounds.

Ortega has a 15-1-0 (1 NC) record in his career with 3 knockouts and 7 submissions. The only loss of his career came against Max Holloway at UFC231 when he challenged for the UFC Featherweight Title

After defeating Chan Sung Jung at the UFC Fight Night Ortega vs. The Korean Zombie in a fairly one-sided matchup, Ortega got his second chance at the Featherweight title and an opportunity to go against Volkanovski.

Ortega started learning mixed martial arts when he was five; he is a southpaw fighter and has a reach of 69 inches. A southpaw fighter keeps his right fist and right led forward in his fighting stance, while an orthodox fighter does the opposite. He can take strikes and has been outstruck in most of his previous fights. Ortega also has a special finishing ability and can win the fight when the opponent has him down on his knees.

Having won most of his matches via submission, it is no hidden fact that Ortega has extraordinary submission skills. These skills make him different from most other fighters; his guillotine choke gets other fighters thinking twice before reaching out to strike. He can throw straight punches and counter with his other hand; he won’t be an easy foe for Volkanovski to handle.

Ortega is slower and less accurate than Volkanovski; his striking accuracy is 38%, and he only lands 4.29 significant strikes each minute. He also lacks behind in takedowns averaging only 0.80 per 15 minutes with a 21% accuracy.

Volkanovski vs. Ortega: Who is better?

Volkanovski and Ortega are two of the best fighters in the world right now; on paper, the statistics and analytics prove that Volkanovski is better; furthermore, the experience that Volkanovski has makes him a favorite in the eyes of most experts and pundits. If you’re looking to make a bet, Volkanovski might be the safer option. Nevertheless, Ortega has a few tricks up his sleeve that can turn the whole fight around within seconds, which makes him hard to count out and consider Volkanovski an outright favorite for this fight. Ortega’s style is different from what Volkanovski has faced yet, and it might not be a walk in the park for Volkanovski like the odds foretell.