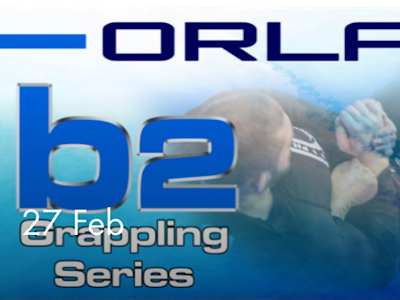 The B2 fighting series has added another feather in its cap.

B2 will host events and offer cash prizes in the hopes of creating new grappling stars like they have with their MMA promotions. UFC Fighters like Nathan Maness and Don’tale Mayes have come from the promotion HRMMA as well as TUF contestants like Junie Browning, BJ Ferguson, and Taz Ferguson.

Dana White’s Contender Series has benefited from B2 as it supplies fighters to the show currently. They are hoping to do the same for the rapidly expanding grappling competition world like Submission Underground.

February 27th at The Florida Hotel and Convention Center they are offering a top prize of $1500 for their absolute division competition.

The path to winning the cash prizes for a hopeful grappler is to sign up in the expert division of their own weight class and then first through third places will automatically be signed up to compete in the absolute division. To compete click this link and sign up.

The plan for the series is to increase the number of events in the next few years.