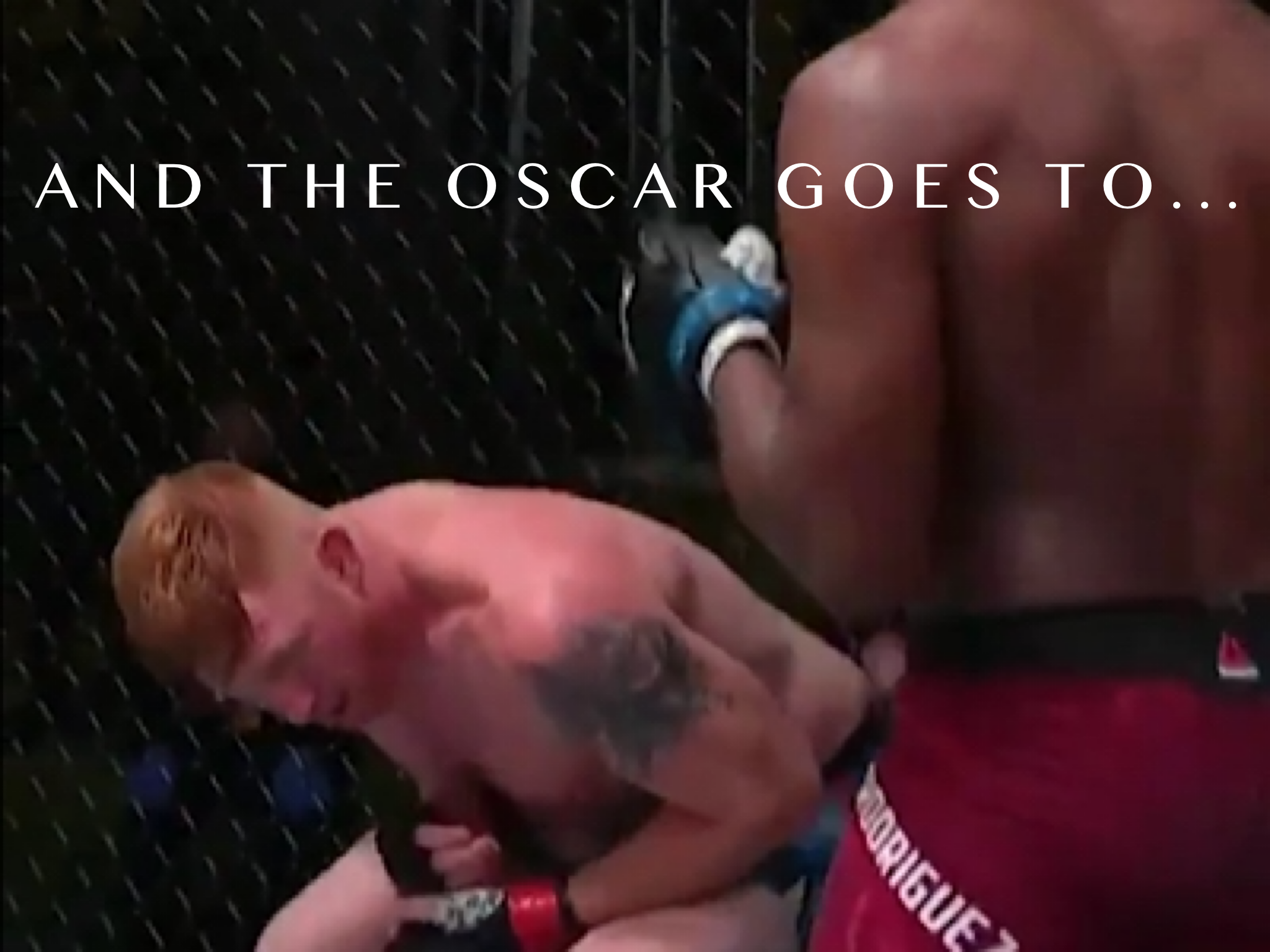 Mike Rodriguez wins and then loses his fight with Ed Herman this past Saturday.

Mike Rodriguez nailed Ed Herman with a knee to the body and started the process of finishing him off on the ground when the ghost of Steve Mazzagati entered the cage. The ghost in question is Chris Tognoni and he’s on Dana White’s hit list now.

Herman put on an Oscar level performance by pretending it was a low blow. On the replays you could see it was nowhere close and given the fact that the replay likely played on the big screens it stings me to know that the referee still gave Ed the entire five minutes to recover from the groin shot that never happened. It’s one of the worst offenses a fighter can do.

The fight would be restarted and Rodriguez would eventually be submitted. Dana White rightfully decided to pay Mike his win bonus and the UFC is treating the fight as if he won due to the unforgivable blunder of the referee. It was a mess and if it had been me I would honestly be fuming mad but that doesn’t seem to be the case with Mike.

He did an interview with MMA junkie where he broke it down and it seemed the only real problem he had was with Ed using the cage to assist in his submission. Mike appears to be one of the fighters that takes the high road and 2020 could use another one right now.

You can watch or listen to the interview below.