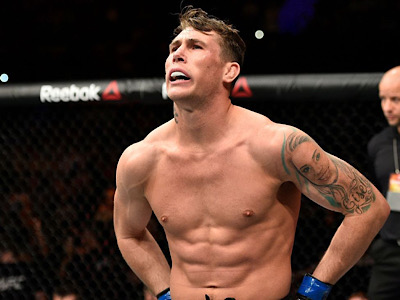 I don’t think Darren till even cared to make this public so it was surprising that his coach did.

Darren came up short losing a very close decision to Robert Whittaker at UFC on Fight Island 3. A factor in that defeat could very well have been a knee injury he sustained in just the second round of the fight. He remained technically sound throughout the remainder of the bout without ever letting on he was injured.

His coach revealed to ESPN’s Brett Okamoto that Darren would have to be in a cast for the next six weeks due to an MCL tear. If you have suffered one you know it’s no joke and if you have not trust me when I say it’s no joke. I struggled to walk and could never have dreamed about stepping into the cage with someone. Finishing that fight certainly was admirable now let’s hope it didn’t do any career shortening damage.