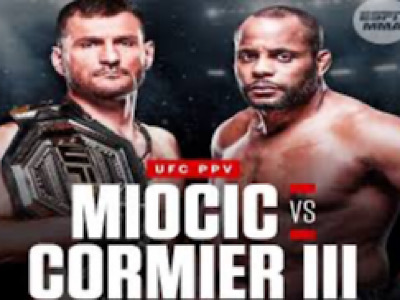 UFC heavyweight champion Stipe Miocic will take on former champion Daniel Cormier one last time at UFC 252 in August. Daniel is very close to retirement and wants to go out on top, Stipe having just reclaimed the gold doesn’t want it leaving his waste any time soon. It’s a pair of interesting scenarios that could play out.

If Daniel wins then he likely retires with the belt unless he takes one more big money fight. If Stipe wins he will probably, and rightfully should face Francis Ngannou again. Miocic beat Ngannou by decision in their first bout but with Francis looking unstoppable in his last few fights the challenge will be much more difficult for the Columbus resident.

Whatever the outcome is the trailer is fire. Check it out.