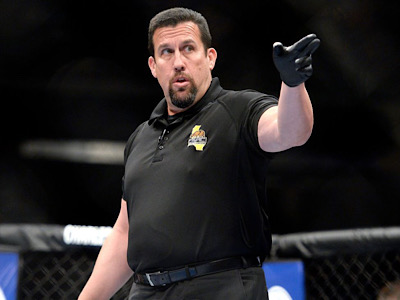 UFC 251 was a mixed bag. Welterweight champion Kamaru Usman snoozed his way to a decision over Jorge Masvidal. Max Holloway was likely robbed in his effort to regain his featherweight championship from Alexander Volkanovski. Rose Namajunas pulled off a decision victory over Jessica Andrade while Paige VanZant came up short yet again. It wasn’t a great card and it wasn’t a bad card. It was good.

What wasn’t good was the judging and it was specifically questionable in The Holloway versus Volkanovski bout. With the exception of the access media, most reliable media outlets had Max winning the fight.

One of the biggest critics is legendary referee Big John McCarthy who even went so far as to identify one specific judge he thinks should be fired. Here is his comment via Twitter.

The UFC hired, transported, tested & paid for Mark Collet to be part of 251 and they will be paying him to be a part of the other shows on Fight Island. When your performance is not acceptable, your employer has the right to remove you from their employ. Let’s see if they do it.

What do you think of his comments?