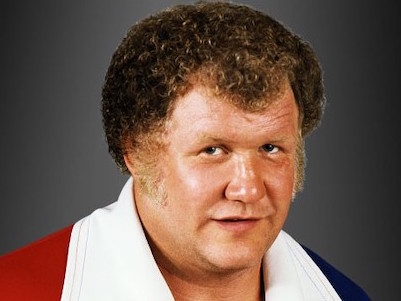 Before MMA the toughest men on the planet were pro wrestlers. They are legends like Harley Race, Haku, Terry Funk, and Dick Slater who are all known for withstanding massive amounts of punishment and dishing out the same. If they weren’t wrestling in a ring they were brawling in the back of the arena or in a bar.

Matt Winchester aka The Beer City Bruiser was a guest on WINCLY recently where his training under Harley Race was discussed. Training under Race meant that he was also witness to some seriously crazy events throughout his time with the legend.

We were at a bar and Terry Funk was in town. In Missouri they don’t seller certain Miller Lites so I was drinking Coors Lites because Terry Funk was. The three of us were kinda getting tipsy so B.J., Harley’s widow and Terry Funk’s wife left. Harley goes, ‘Now we can turn it up!’”

Race’s definition of ‘turning it up’ was to grab the darts from the dart board and start throwing them at other customers in the bar. It turned into a competition to see who could hit the most people with a dart.

People would look and see it’s Harley and they wouldn’t care. He was such a good guy that they would laugh it off. I couldn’t believe it that we were throwing darts at people and they were laughing.

Yep. You read that right. Human dart boards. The pro wrestling night life might be up there with partying alongside Jon Jones.