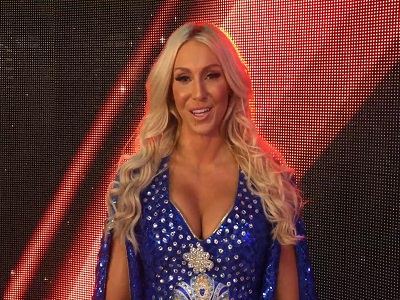 WWE’s Charlotte Flair is the daughter of pro wrestling living legend Ric Flair but she doesn’t live in his shadow. Since her debut in WWE she has shone brightly through what some call the dark ages of female wrestling when they were known as “WWE Divas”. While AJ Lee kind of kick started the campaign to legitimize women as performers on par with their male counterparts it was Charlotte who really made it happen with her showmanship, solid in ring work, and dedication to the business. The term Divas is gone from TV and the women are getting the attention they deserve as equals to their male counterparts.

Currently the SmackDown Women’s Champion, Flair beat Carmella and Becky Lynch for the title at SummerSlam. This is significant because she became the first female Superstar with 8 women’s title reigns. Trish Stratus held 8 titles but one of them was the hardcore title which was an inter-gender belt. Charlotte also became the female Superstar with the most pay-per-view wins at an impressive 24.