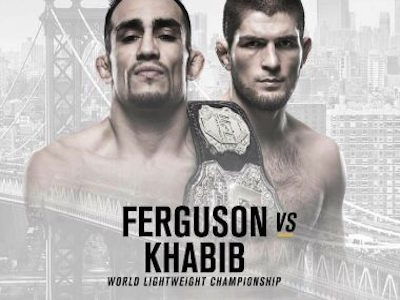 UFC is going through a bit of a boom period, it is becoming more mainstream and more accepted than ever before. Of course, that isn’t always a good thing, but it has brought more exciting fighters, more successful events and more credibility. We can see it in the way UFC is now on big TV channels, that its pay per views are being bought across the world and in the fact that there is now a UFC video game. MMA has hit the mainstream and it’s a wonderful time to be a fan of the sport.

Another great aspect of UFC, especially when compared to other sports, is the fact that it regularly turns up absolutely superb match ups. When you look at boxing for example, superb fights are actually a little few and far between. For every Joshua v Parker and Golovkin v Alvarez you have silly one sided slog fights that are far too easy and don’t actually entertain. Fights that are over in one or two rounds and don’t give anyone value for money.

Fighters like Floyd Mayweather are often chatised for ducking their real rivals and picking off weaker fighters instead of taking on someone who could actually challenge them. In UFC, this is rarely the case, with far more top tier match ups and title deciders between equals, then in boxing. That is one of the things that makes the sport so special and watchable, the fight that you actually get to see fights you want to see. We saw Emmett take on Stephens recently, a fight between two top fighters and we will see more top fights soon.

There are so many great bouts coming up that it can be hard to keep up, it can be easy to miss something special because there is just so much to watch. To make it easier, here are some of the great upcoming UFC events and bouts that will be gracing our screens soon. These are the types of match up that you need to have down in your calendar, the ones that you should get your pay per view orders in soon and the ones that you need to get your friends round to watch. Let’s hope they live up to the hype. 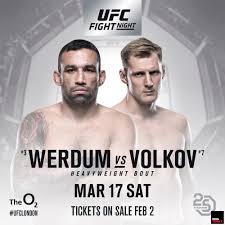 London is a city that loves UFC so it will be very excited to have another big competition in the city. Everyone is looking forward to seeing the main event as Fabricio Werdum and Alexander Volkov go toe to toe in what is set to be a great bout. In addition, the rest of the card is supremely exciting with some great fighters ready to take one another on. Jimi Manuwa will be looking to move up fro number four in the rankings, one of Sweden’s favorite fighters Oliver Enkamp will get another chance to prove himself in London. It should be a great night, especially since there are some less well known fighters set to strut their stuff. It is not a card full of huge names but that is half the fun, getting to see the next generation. 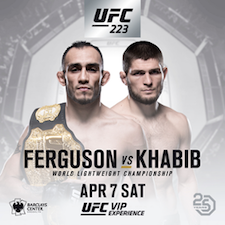 The headline fight on this card is riveting, the battle between two fighters who are looking to step out of Conor McGregor’s shadow and put their stamp on their division. Tony Ferguson is only champion by proxy so will want to prove that he can dominate but Khabib Nurmagomedov is a huge, powerful and clever fighter so will want to grab the belt. It should be really exciting to see fighters at the top of their game enter the octagon and battle it out. It will be a great night and will be added to by some other exciting bouts including Rose Namajunas defending her belt against Joanna Jedrzejczyk. 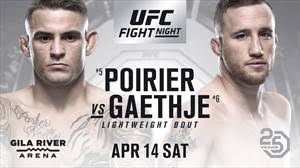 Top lightweights Dustin Poirier and Justin Gaethje should give us fans a fight that is worthy of their rankings. People need to start making statements if they are going to challenge the champions and this is the chance for both fighters to do that. They will be hoping that a headlining platform can give them a boost, both in terms of reputation and popularity.