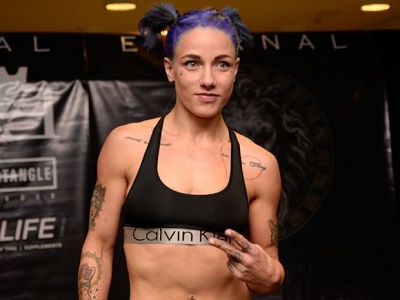 Jessica-Rose Clark was the victim of robbery and had her pet brutalized by the criminal while she was out of town. She took to Twitter to break the news which comes just before her bout with Paige Van Zant at UFC St. Louis.

Someone just broke into my house, stole all my housemates stuff, trashed the whole place, stole clothes and shoes from me
Wtf man.

They also kicked our cat and smashed his rib cage and it has pushed his intestines up into his chest cavity. He has to have surgery and we don’t know what’s going to happen yet.

We have no idea what kind of jackass would rob someone else let alone abuse an animal but we hope they are caught. So does Josh Barnett who tweeted:

Vegas peeps. Keep your eyes peeled at the Pawnshops & on Craigslist for @missjessyjess & roommate’s stuff. [Look out for 2 PS4s, a black Wii, N64 Games, 2 guitars and a bass, 9mm Baretta hand gun, a shit ton of video games, a ton of POPS, Blu-rays.]

We hope they catch the perpetrator and bring them to justice.