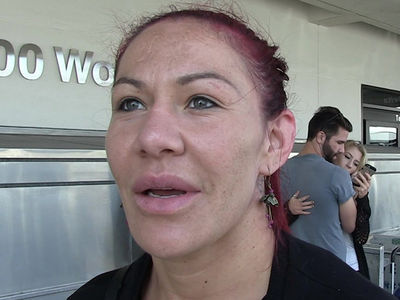 Let me sum up the controversial comments made by Holly Holm’s UFC 219 photographer after she lost to Cris Cyborg Saturday at UFC 219. He referred to Cyborg as a man repeatedly accompanied by a photo of her at the post fight press conference. Dana White once called Cyborg “Wanderlei Silva in a dress” but has since apologized and made peace with the women’s featherweight champion. The photographer in question is Mark Aragon who will not get the chance to do the same in person, well at least not at an official UFC event.

The organization released a statement banning Mark’s credentialed access to future events. The statement via MMAJunkie.com:

UFC is aware and troubled with the recent statements made by a social media representative from the JacksonWink MMA Academy in Albuquerque, New Mexico as it concerns women’s featherweight champion, Cris Cyborg. UFC does not condone or tolerate the remarks that were used. The organization has reached out to the JacksonWink team to inform them that the individual in question will not be granted access for future events.

Aragon is the media director for the Jackson-Wink Academy and no real apology has been released as of this post.