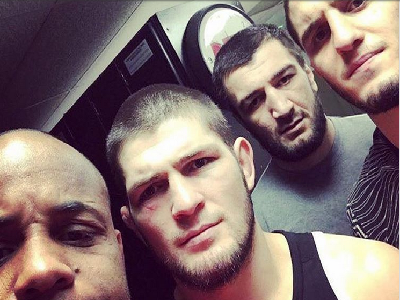 Dominant lightweight contender Khabib Nurmagomedov may have proved his status as the lightweight’s scariest fighter Saturday at UFC 219 but in his mind that’s probably the second best thing going on at this moment. On Instagram he posted some surprising good news for his family and hopefully for fans.

Abubakar Nurmagomedov may be a name that will become recognizable if he has half the success of his brother Khabib. According to the post he will be fighting in Brazil on February 3rd at UFC Fight Night 125. He has a professional record of 14-1 and has been competing in the Pro Fighters League formerly known as the World Series of Fighting.

Can he make a name for himself like his brother?