Love or hate him Phil Brooks aka CM Punk is still in the UFC. Rumors and whispers of a return have been spread here and there but no date has been confirmed. He hasn’t been sitting on his backside though and recently earned his blue belt according to Niall McGrath who shared the following:

Duke Roufus shared a photo of the newly promoted Punk. 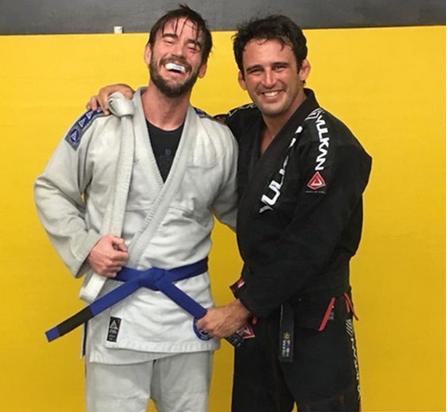