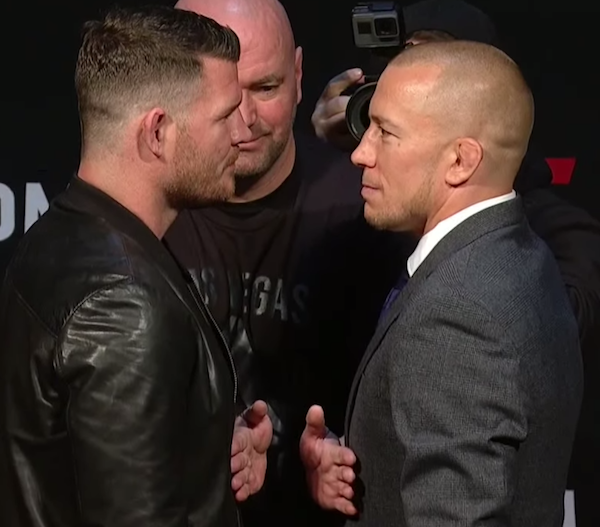 Michael Bisping is facing GSP, but who knows when. What we do know is that Georges St. Pierre is looking a bit thick. Here’s what Bisping said on his Believe You Me podcast.

I don’t know what’s going on, to be quite frank. But, he looks like he has been impregnated by an alien.

Obviously a dig at St. Pierre’s obsession with aliens. He continued.

He’s in his typical GSP little spandex tight shorts, but they’re black, not white. He’s got his shin pads and MMA gloves on and a gigantic belly sticking out. I know he said he is getting bigger, his belly is sticking out and he looks a little weird.

Maybe he will make GSP go to his “dark place”?