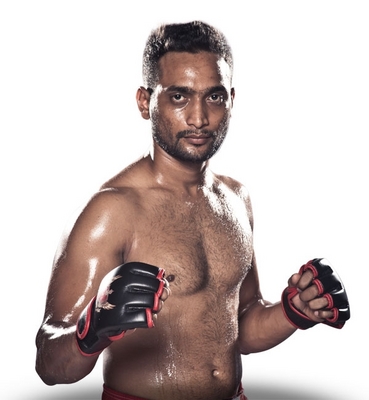 Mumbai’s Irfan Khan will be returning to action on April 23rd at Brave 5 to lock horns against fellow Indian fighter, Mohd Farhad Rafiq. Irfan has been competing professionally in MMA since 2012 and began his career with six straight wins under the Super Fight League banner. We caught up with Irfan and he answered a few of our questions before the fight.

Your opponent Farhad said he deserved a better fighter for short notice replacement. What are your thoughts?

How does it feel to take a fight on short notice? Did you face any problem with weight cut?

I was in Thailand in training camp. I was under negotiations with Brave and was even scheduled to face someone from Philippines. But then Farhad’s opponent pulled out so they asked me and I took the fight. I usually walk around at 64 kg. The fight is at 60 kg so I didn’t face much problem in making weight. Usually I fight at 57 kg.

People are saying that this is the biggest MMA event to be organized in India. How does it feel to be a part of it?

It feels good. I belong to Mumbai. It feels good to be able to represent yourself and your city on a stage like this. I am glad to be a part of it.
Message for fans.

I want to prove that I belong in the sport. I am on a two fight losing streak. I want to bounce back and show it to people that I have improved.