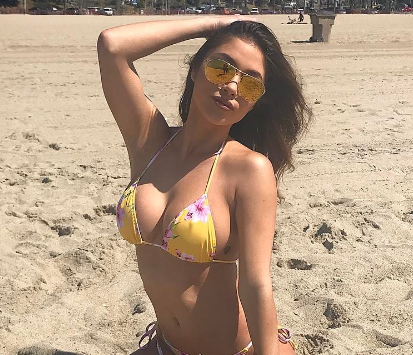 Don’t think you can make a decent living as a ring girl? Better think again. UFC octagon girl Arianny Celeste is by far the most recognizable and famous ring girl to ever live and she’s also the most wealthy. And it certainly isn’t due to the paltry $20,000 annually the UFC ring girls reportedly earn on average according to kgbanswers.com. Arianny has used her UFC platform over the years to further her brand through modeling, acting and selling things like this $299 Arianny Beer Pong Table on her website.

Celebritynetworth.com has Arianny’s net worth listed at $3 million. And while she may not be making the Forbes list anytime soon, she has really used her assets to make a good living for herself. She really has laid the blueprint for aspiring ring girls on how to make it in the MMA business and we certainly wouldn’t call a hustler like Arianny a DNB, even if former UFC women’s bantamweight champ Ronda Rousey might.