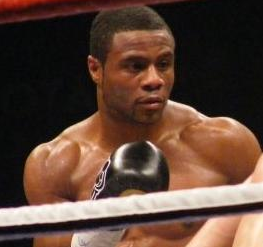 Former WBC, IBO and Ring Magazine light heavyweight champion Jean Pascal (31-4-1, 1 NC/18 KOs) is tired of hearing about these UFC guys who think they can box. The 34-year-old Haitian Canadian may also be tired of hearing all the hype about the Floyd Mayweather vs. Conor McGregor matchup and may be looking to create his own buzz with a proposed matchup against mixed martial arts legend Nick Diaz. Pascal recently called out Stockton’s finest in an interview with TMZ:

“UFC fighters always say they can fight, they can box. But I don’t see that and Nick Diaz talk a lot of trash and he never had someone that can talk back to him like I can do. … I’m pretty sure I could whip his ass because I’m a fighter. I’m not a UFC wrestler. I fight with my fists. We standing up and we got boxing rules, we got rules. Boxing is an art. I can tell Diaz why don’t you come out of your redneck country and fight me into a real city like Montreal. … Nick Diaz never held a belt that people cared about. … Stop talking shit and let’s do it like real men. Simple and easy, right? I’m pretty sure he’s going to stay quiet because he’s a coward, he’s not a real man. He’s not a real fighter. He’s not a real soldier.”

Pascal also made a point of saying he would fight in the octagon, but only under boxing rules. Here’s why:

We’ve heard that one before.

We’ve already got a Mayweather vs. McGregor bout in the works. Is this one you would like to see too? We are all for it. Where you at Nick?