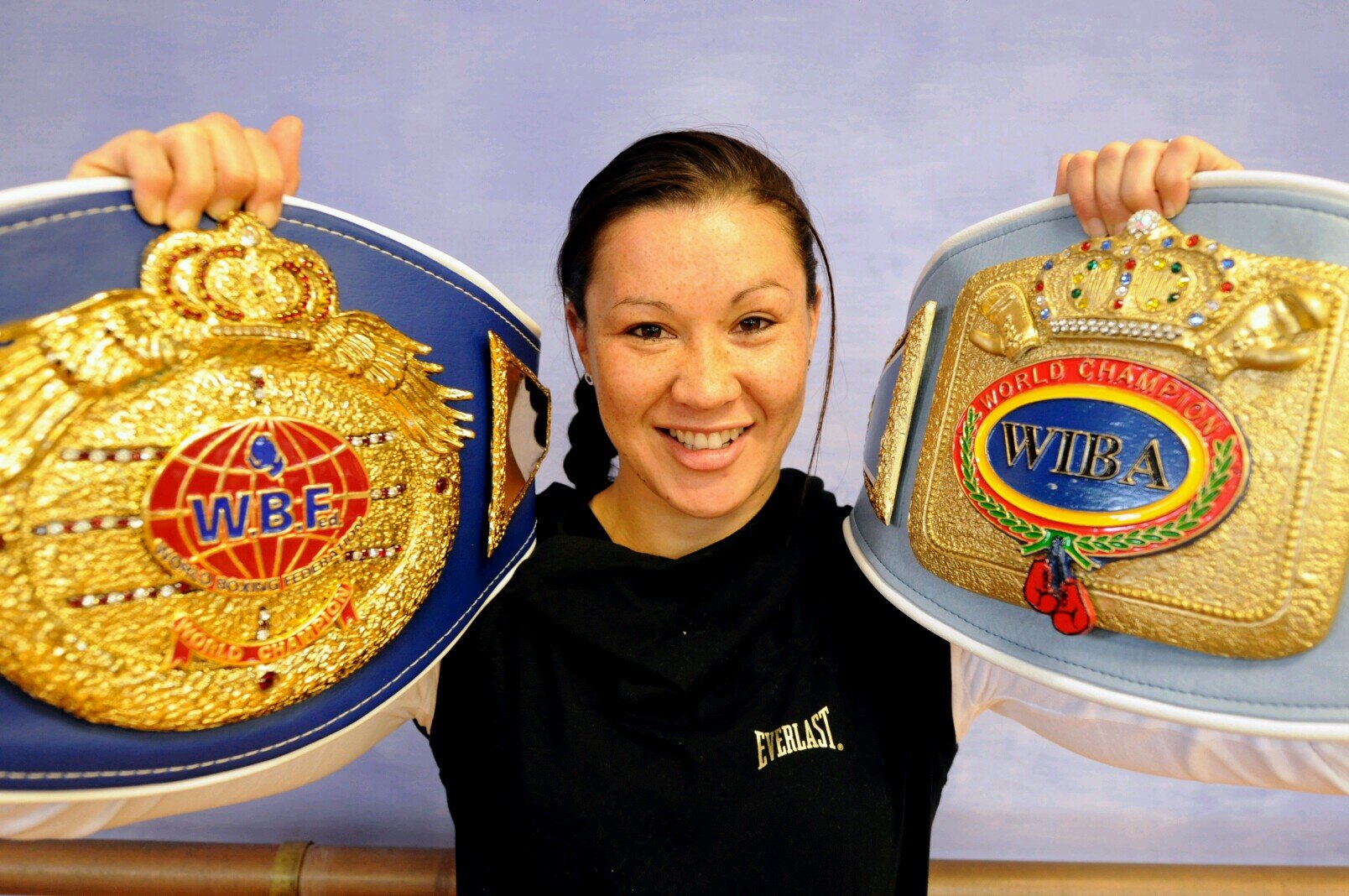 Arlene Blencowe is arguably the biggest name in the featherweight division not signed to a major promotion. The Australian holds a decorated MMA record of 8-6, with wins over former Invicta FC featherweight title challenger Faith Van Duin, Bellator top contender Gabrielle Holloway and MMA legend Adrienna Jenkins. Apart from that “Angerfist” is also a two-time Boxing world champion with wins over the likes of boxing standouts Daniella West and Sarah Howett.

Blencowe took some time off and answered questions about her personal life, journey so far and much more.

My MMA career began in 2013 after an inactive period of competition with my professional boxing. In this same year whilst in camp for my third MMA fight I took a championship boxing fight on a week’s notice, I won and became a 2x World Champion Boxer.

My influences stem from my children, also having a good support group and team around me and my followers, whether they be supporters or haters. Everyone fuels me to become the best athlete and person I can be.

At first I didn’t have the support from the people I surrounded myself with when I first started as an amateur boxer. For various reasons their beliefs were that my time should have been spent with my children, not training or travelling for fights. Many times I questioned whether pursuing a fight career was in my and my family’s best interests. One of the biggest challenges I would have faced was raising two children on my own (at that time) as well as working full time, running a household and then finding time to train. I look back over the past 8 years at what I have achieved in my career and also at the benefits my children get from having a mother who is an elite athlete competing in martial arts at an international level.

All the highs and lows in my career are lessons learnt by them first hand that success isn’t ever a smooth or easy road. They observe the dedication, commitment and sacrifices that I make towards something that I am passionate about. I now have a great team of people around me and an amazing partner who see my vision and support this crazy life of mine. I have no doubt that this is the correct path in life and I’m glad that my children get to witness and be a part of it.

Featherweight division has been labeled as a division without any depth. What are your thoughts on this?

I think there are a lot of girls that cut dangerously low to make the bantamweight division, since the popularity was there with it being the only UFC division available to them. In fact there are quite a few girls that would prefer to fit into the featherweight division and not have to cut the extra 10 pounds.

UFC recently created the featherweight division. Are you interested in fighting in the division?

I’m extremely interested to fight in the division. At present I am not contracted to any organization. I’m interested to take offers from anyone who wants me to fight and my team and I will make the best decision for my career. Me personally, I want to have the chance to fight all the top featherweights in the world. So I’ll chase them in whatever promotion I have to.

I thought Holly was definitely the aggressor and watching it first thought she did enough to win. Looking back at highlights Germaine did land the more cleaner counter punches. It was just a very close fight. I agree with Holly when she said that the first foul after the bell should of been a warning and the second time, a point deduction. I think it is a fight that should be rematched though.

I hadn’t previously heard much about Germaine. Although I was surprised at her lack of aggression during the fight, especially with it being a championship bout and being two high level strikers. But then thought that her team must of had a plan and what she did was enough to secure the win.

Two of the largest MMA promotion today, Bellator and UFC, have a featherweight division. Which division do you think has more credibility? Why?

I think that Bellator has more credibility because of the depth in their division and that there has been numerous featherweight bouts to decide who should then contest the 145lb title.

You recently called out Cris Cyborg. She isn’t the UFC featherweight champion. Do you think you’ll be able to beat her?

She isn’t the UFC featherweight champion, but she is the number 1 featherweight in the world. It seems like everyone is avoiding a fight with her. So I offered to fight her. I do believe that I have what it takes to beat her. I pride myself for being a fighter who tests themselves and will fight anyone.

Funny that this question is asked at this moment. It’s now four weeks since my last bout and I still haven’t received payment for my fight. I do believe that fighters need to have some kind of protection against the wrongs that can happen to them during competition. We put a lot of time and effort into the training and preparation. It’s a hard way to make a living, so it is completely unfair and wrong that some promotions take advantage of the very thing that makes them the money…fighters! We deserve to be looked after and have that security and peace of mind knowing the right thing will always be done by us.

Enjoy and respect the journey. You won’t be a champion overnight, in a month or even a year. It takes time. Open your mind to learn and adapt. Have a backup plan and a steady financial income coming in so that you’re not relying on fighting to live and therefore not add an extra stress financially upon you. Set yourself a plan to follow, cover every aspect of martial arts. Work on your weaknesses but also keep working on your strengths…and never miss wrestling class haha!