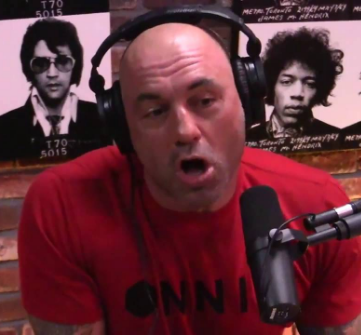 UFC color commentator Joe Rogan doesn’t call as many fights as he used to, and his longtime partner Mike Goldberg is gone now too. Rogan says he actually enjoys his Fight Companion podcasts more and wishes there was some way the UFC could incorporate those into the actual broadcast. Rogan did another Fight Companion podcast along with top UFC flyweight Ian McCall and Eddie Bravo Sunday night in coordination with the UFC Fight Night 105 broadcast from Halifax. The main event saw an epic heavyweight battle between Derrick Lewis and Travis Browne and Rogan’s reaction to the finish is the type of real non-corporate commentary many MMA fans would like to hear. Though, Todd Grisham’s “Get out of there Travis!” was pretty good too.

Here’s the full fight commentary from the Fight Companion podcast.