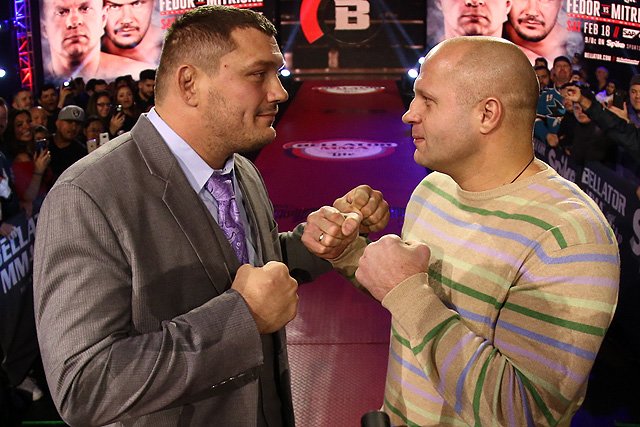 Adam Carolla narrates “The Legend of Fedor’s Sweater”, a new Bellator video paying tribute to the legendary Glorious Sweater of Absolute Victory worn by mixed martial arts legend Fedor Emelianenko. Fans are loving this video and are hoping Bellator will start selling replicas of the sweater, and we think that’s a great idea! Some well known faces appear in the promo and attribute much of their success to the soft pastel and gloriously striped one. Bellator President Scott Coker even states when the company was trying to sign Fedor, they had to negotiate with the sweater as well, who has its own manager! Matt Mitrione also reveals the only reason he agreed to his upcoming fight with Fedor was so he could be close to the sweater, and the winner gets to keep the sweater. He says it’s in the contract!

Fedor Emelianenko faces former UFC heavyweight Matt Mitrione in the Bellator 172 main event on Friday, Feb. 18, in San Jose and live on Spike. Don’t miss it! And be on the lookout for the legendary Glorious Sweater of Absolute Victory.

It was back in 2009 when Fedor first revealed the significance of the sweater to a young reporter by the name of Ariel Helwani.