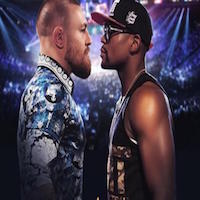 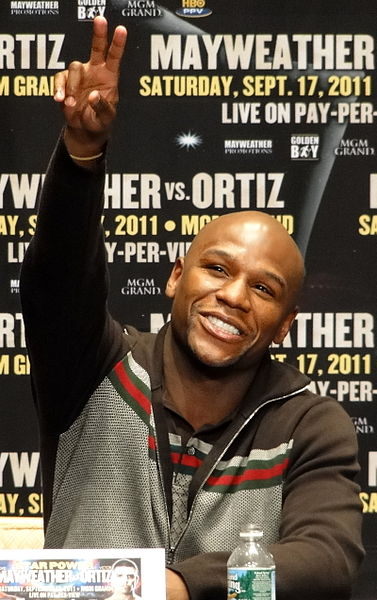 The fight we’ve all been waiting for has been confirmed. That’s right, we’re going to see undefeated Mayweather go up against the feisty Irishman McGregor after they reached a multi-million dollar deal to fight. The contract hasn’t been signed yet, apparently according to a third-party holdup, but the details have been agreed on and we’ll be hearing about it soon, possibly within as little as a couple of weeks.

As soon as rumours started about the potential bout, odds came in with McGregor as the obvious underdog at +950, the worst starting odds of his career. But what you do expect when you choose and bait someone who has never lost? To fight in a discipline you’re not trained in? Mayweather lost some of his -2250 start, though, when McGregor started posting videos of his recently-practiced boxing ability, showing that his strong attacks and unyielding energy are cross-discipline.

As of February 13th, odds had changed to -1400 and +750. The sparring between the two on social media has proved to be in our Crumlin lad’s favor but it still seems pretty likely that they’ll be using boxing rules. Retiring with an unblemished record guarantees you a permanent spot in the hall of fame so Pretty Boy Money probably wouldn’t be coming back to the ring if he wasn’t sure he was going to win. On the other hand, the UFC Lightweight is sure to have pushed for an MMA match as much as he could not only to even the playing field, but to make sure he promotes the MMA fight franchise, as per his contract. Negotiations must have been tough, but they’re going to be in either a ring or an octagon. This epic fight isn’t going to happen in both.

So, the wait is on for the announcement about the match. Both camps are keeping all details closely under wraps. Will it follow boxing or MMA rules? And with this flurry of excitement, what about the betting rules – how are they affected (other than by the obvious TD or NC factor)? Is Mayweather going to get his 50-0 fight record on a silver platter?   With so many unknowns, and constantly changing odds, betting the right way may just yield a light chunk of change from this showdown.