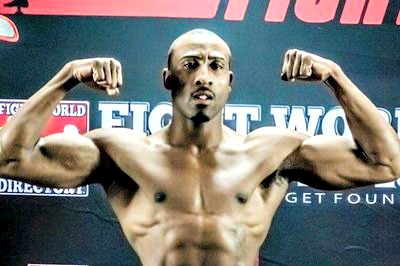 Riding a six-fight winning streak, including five by stoppage, top middleweight prospect out of North Carolina, Jamie Pickett, sat down with ProMMANow to talk about his success inside the MMA cage, a relatively inactive 2016 and his message for the UFC boss.

Are you the best unsigned middleweight on the planet?

By far. There’s not even a chance of anyone being close to me.

But what role have you played in this?

I’ve worked my tail off. I train three times a day by myself. The thing about me is that I live in a town where there’s no MMA. But I still train by myself three times a day. Every Saturday morning, I drive for two hours to train with Derek and John. Then I drive back home and do it all over again.

2016 featured only one win and a bunch of fights that fell through for you, unfortunately. Was 2016 a disappointing year?

What do you have to say to UFC president Dana White?

Dana White, please sign me! That’s all I’ve gotta say. If I’m not exciting in the first fight, cut me — I don’t want two chances! I just want one chance. All you’ve gotta do is give me one!