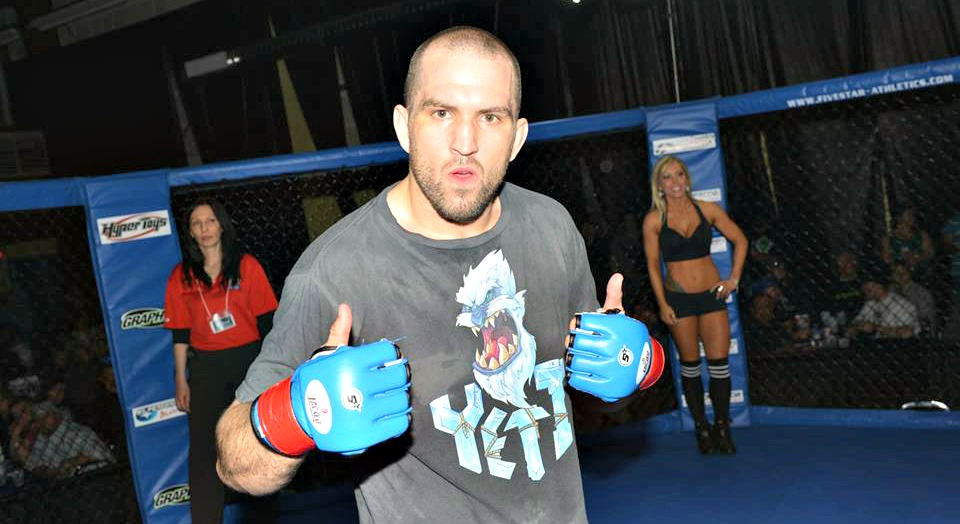 I was introduced to it when I watched my first UFC event, UFC 84, where BJ Penn kneed Sean Sherk’s face off. It was so cool; I was so impressed. I kept watching and eventually went out to a local event. The guys who were fighting looked pretty normal. I decided to start training. I trained for a couple months, then went to another local fight. I saw a couple guys making their pro debuts in what would’ve been my weight class. I thought, if I put some time into it, I could beat those guys. From there, I made the decision that I wanted to fight. The rest is history.

What were your goals when you started?

A lot of it was just to feel it out and see what happens. I thought I’d maybe do three fights, see how it worked out, then go from there. As I progressed, goals would come up naturally. But in the beginning, I was just going to do three fights and take it from there.

How do you feel about what you’ve accomplished so far?

I’m very happy. I’ve worked really hard and have a winning record against tough opponents. I’ve never been unprepared. Winning the Unified MMA Light-Heavyweight Championship is the last thing I’ve got to check off my list before I can call it a career (laughs).

How excited are you for this fight?

Super excited. I’m excited, anxious and nervous, all at the same time. It’s going to be great. It’s such a thrill. I’ve been training hard, and I feel better than ever. Everything has been fun, and terrible at the same time, and winning this fight would be the highlight of my career.

Do you have a prediction for how this one is going to play out?

I’m going to win, for sure. With this guy, he’s a big, old, strong dude with some lunchbox fists. I’m going to rough him up, take him down and I’ll either submit him or ground-and-pound him. I’m going to finish him on the ground.