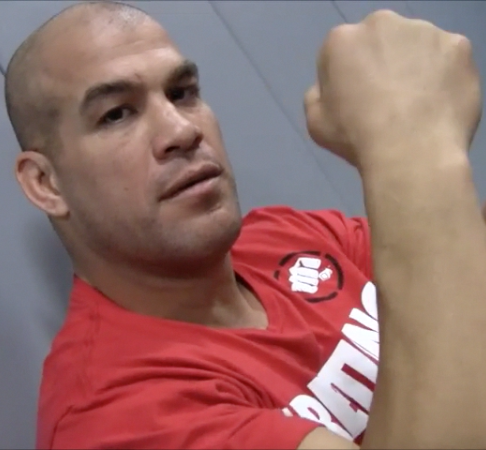 “Haters” gonna hate. Following UFC Hall of Famer Tito Ortiz‘s first round submission of Chael Sonnen at Bellator 170 last weekend certain fans and fighters thought they smelled something a little fishy about the whole thing. First, there was that video of Tito allegedly tapping, and then the way the fight ended, some feel there’s no way Chael would actually tapout to a face crank.

Ortiz responded to the allegations during a Facebook live chat yesterday:

“All these people are saying it was a fixed fight, those are the ones that are just fucking haters. Believe me, I tried to punch him in his face. I tried to elbow him in his face, hard, and he gave his back. I’m going to take a choke. That was fixed? That’s why I held onto the choke even longer. I even got marks on my face from him. Come on people, I don’t do fixed fights. I drilled those positions, ask BJ Penn.”

Referee “Big” John McCarthy, who was officiating the fight, has stated he’s seen fixed fights in mixed martial arts before, but he told MMAJunkie Radio yesterday that this wasn’t one of them. You can take that for what it’s worth (a lot), what do you think readers?