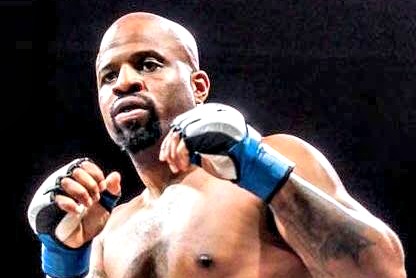 Where does the “Doomsday” nickname come from?

I am probably the biggest comic nerd you’ll ever meet (laughs), and Doomsday is the villain who kills Superman — he’s my favorite villain — so I took it as a moniker. If you beat me once, you won’t be able to do it again. That’s my philosophy, so that’s why I took it on as nickname.

I was playing semipro football. The season was over, so I was looking for something to do. I went to an MMA gym and fell in love with it right away.

Why MMA? Why not MMA? I’m a competitor and wanted something new to test myself. Football is the ultimate team sport, and MMA is the ultimate individual sport. It made sense for me, and still does.

What are your expectations for this upcoming fight?

My expectation is to win and bring Cleveland home another title. I promised my sponsors that I would bring them home a belt. I crashed and burned in the first attempt, but I’m ready now.

If everything goes according to plan, what would you like to accomplish in the next year?

Honestly, it’s got nothing to do with MMA. I’m a fledgling writer, so in the next year I would like to be working for Lionsgate Films or Warner Brothers, creating movies.