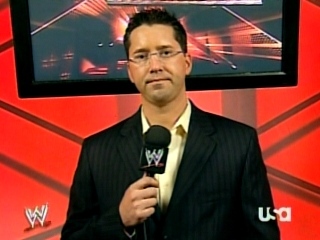 ESPN broadcast team member Todd Grisham is now a UFC broadcast team member according to an MMA reporter named Brett Okamoto. Mike Goldberg’s exit left many to speculate who would take his place, but apparently it is not Grisham. Todd has been added as a commentator, but not in Mike’s spot.

Grisham will make his debut at FOX Sports 1’s UFC Fight Night 103: “Rodriguez vs. Penn,” on Jan. 15, 2017, this according to MMAFighting.com. He worked for ESPN as an anchor for “SportsCenter” and a host for “MMA Live.” Grisham worked for WWE and ECW as well as Glory Kickboxing.

Just changed my twitter handle to @GrishamMMA. 2017 is going to be a great year!