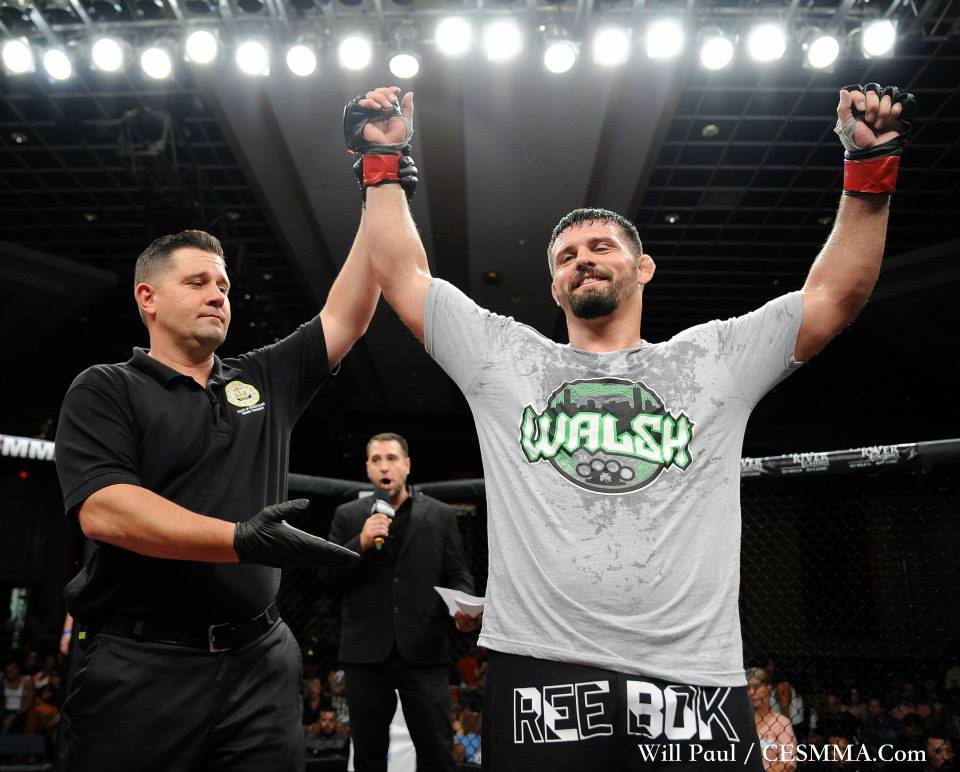 Before Pat Walsh fights Kevin Haley at CES MMA 41 on January 27 in Lincoln, R.I., the UFC vet and former The Ohio State University wrestler sat down with Pro MMA Now.

When you were first signed with the UFC, do you think you were ready for that level of competition?

I was very early on in my career, and I really hadn’t fought much. After college, I became a wrestling coach for MMA right away. I didn’t really have time to become a student or have any coaches above me. I just threw myself in and did my own thing. I rushed my career. While doing that, I had the opportunity to compete on The Ultimate Fighter and did well enough to get a couple fights in the UFC. I definitely didn’t have the experience or the skillset, but I think I had the toughness and drive. My failure at the time was being too ambitious, trying to get everything done too quickly.

I’ve accepted that I need to be a student, and that I need to go to other gyms to learn. Before, I would just want to get in there and spar with the best guys, rather than learn any of the necessary fundamentals. I was big enough, strong enough and tough enough to hang, but I never really learned those fundamentals. Now I’m backtracking so I can have a good foundation as a fighter.

How much more effective are you at heavyweight?

I can actually focus on the fight — it’s amazing! Before, I was focused just on cutting weight and making weight. My last fight in the UFC was at middleweight, and I had to lose about 50 pounds. All I did was think about losing weight; never once was the camp really about beating my opponent. It was insanely stressful and it really kept my mind off training. It was bad. Now I’m able to focus on my training. I’ve still got to make weight, but I’m not making myself sick thinking about it.