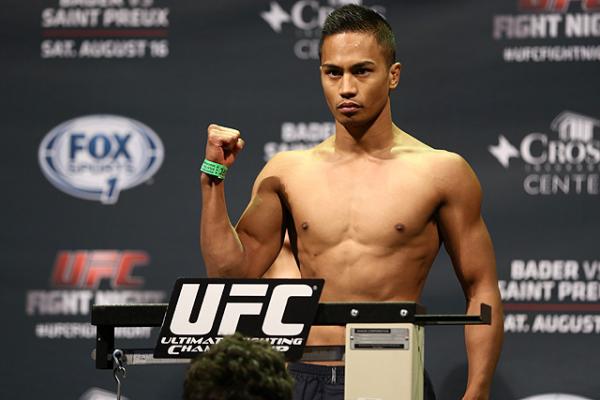 Before Kings MMA standout Nolan Ticman returns to action versus Saul Elizondo at ACB 51 on January 13 in Irvine, Calif., LIVE and FREE on YouTube, the dynamic UFC vet caught up with Pro MMA Now.

Did you fall in love with MMA right away?

Right away. I was very competitive as a wrestler and that mindset definitely carried over. When I started striking, it felt so natural and I was disappointed I didn’t find it sooner. With the help of my coach, “Mestre” Rafael Cordeiro, I excelled right away.

Why else do you think you’ve excelled in MMA?

It’s my family and my team. There’s so much support from Kings MMA, and in my mind it’s the best gym in the world, all guided by “Mestre” Rafael Cordeiro. I’m surrounded by the best. When you surround yourself with that calibre of training, you’ll be successful as well.

Why do you think you were able to get a call-up to the UFC after just five fights?

My record was 4-1 when I was signed with the UFC. Where I’m coming from, I have a lot of support — my coach and my training partners already in the UFC. It was very hard to find local MMA fights, which was really frustrating. I had a lot of buzz, and I was around the UFC a lot, and my manager at the time was the best manager in the game. All the stars aligned and I got my opportunity.

How much better are you now than when we last saw you in the UFC?

Much better now. That’s not saying that I wasn’t good then — I was very good then. But in the UFC, I didn’t get a chance to show what I’m capable of, in either fight. I am much improved since my last fight; I’ve learned a lot of new tricks. I’m going to keep those a secret for now; you’ll have to tune in one Fight Night (laughs).

What should fans expect out of you at ACB 51?

A good, technical, explosive fighter who goes for the finish. You’re going to see someone who represents their family and their team to the fullest. It’s going to be a great fight; the fans will just have to buy their ticket or tune in to see how it all plays out.