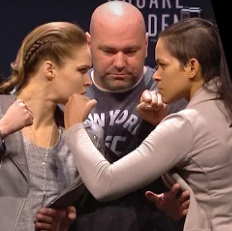 Former Octagon queen Ronda Rousey makes her return to action for the first time since getting KO’d by Holly Holm late last year. She will face new titleholder Amanda Nunes in what will be her first title defense. Can Rousey reclaim the crown or has her time passed? Countdown to UFC 207 tells the story of Rousey’s return as she undergoes a media blackout in preparation to face the dangerous “Lioness”. Also told is the story of bantamweight champ Dominick Cruz as he defends his belt against knockout artist Cody Garbrand in the co-headliner.