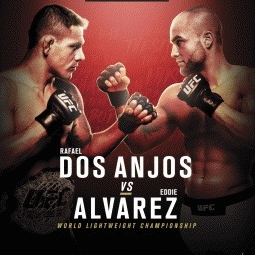 Rafael dos Anjos defends his lightweight title against Eddie Alvarez in the main event at UFC Fight Night 90 on Thursday, July 7. Heavyweight powerhouse Roy Nelson faces “The Black Beast” Derrick Lewis in the co-headliner. The event kicks off a three-event weekend for the organization culminating with UFC 200 Saturday night. 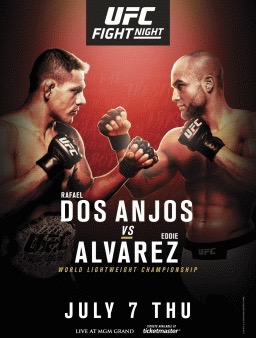