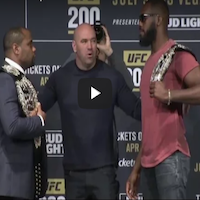 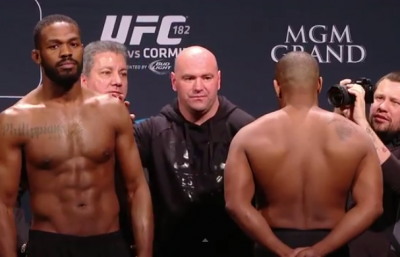 It is sad to think, but if Jon Jones walks away victorious this Saturday night at UFC 200, it may be the last time we ever see Daniel Cormier inside the octagon.

Current LHW champion, Daniel Cormier has always been a fierce competitor. From his days to wrestling in the Olympics, to his accomplishment of UFC gold, Cormier has always competed at the highest level. With competing at such a high level for a long time however, comes a lot of wear and tear. There is no question that retirement for the current champ isn’t too far from coming a reality, but it may come a lot sooner than we think.

Physically, Cormier has looked impressive, with his cardio holding up against an absolute war with Alexander Gustafsson. With that said though, injuries are coming to haunt him and he is 37-years-old. Cormier had to pull out of UFC 197 due to an injury and his ACL has been in bad shape even when he first started competing in MMA. Also, although he hasn’t been put away in a fight, his chin seems to be on the decline, being dropped in his last two bouts.

Cormier is a major underdog against the interim champ, Jon Jones, but that doesn’t stop his determination. DC has always fell a bit short when it comes to obtaining what he sets out to achieve. Although he captured the UFC light-heavyweight belt, he still never beat what many consider the “real” champ, Jon Jones, the only man to beat DC in MMA.

If DC does retire with another loss to Jones, Let it be known that he is one of the absolute best light-heavyweights known and did spectacular things inside the cage.

What do you think? Will DC retire? Or will DC get the win over massive favorite, Jon Jones?