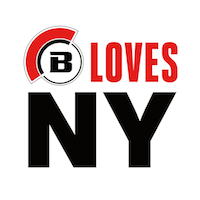 No doubt the UFC was instrumental in helping bring MMA to New York, even though they kind of hindered it in a way too at times with their battle with the culinary union. But the UFC isn’t the only mixed martial arts promotion that will get to reap the benefits of the new legislature. This opens the door for grassroots MMA promotions to find footing the same way they have all over the rest of the country.

These are the breeding grounds for the Jon Joneses, the Miesha Tates and the Luke Rockholds, and the legalization of MMA in New York now opens new markets for second-tier promotions like Bellator and WSOF to come in and showcase their fighters as well.

Bellator MMA President Scott Coker reacted to the news and reveals talks are already underway for their first event in the Empire State:

“The New York Assembly’s vote to legalize MMA is a watershed moment for this incredible sport,” Coker said. “As someone who has been promoting combat sports for more than 30 years, this is a very exciting time for mixed martial arts. We at Bellator MMA are very much looking forward to hosting an event in the ‘Crown Jewel of America,’ New York. Two Bellator champions, Liam McGeary and Marcos Galvao call New York home and I know it means a great deal to the both of them, as it does for the entire promotion. We’ve already been in contact with the great people at the Barclays Center and several other incredible venues, and we can’t wait bring our world-class athletes and action-packed shows to an arena in the Empire State soon.”