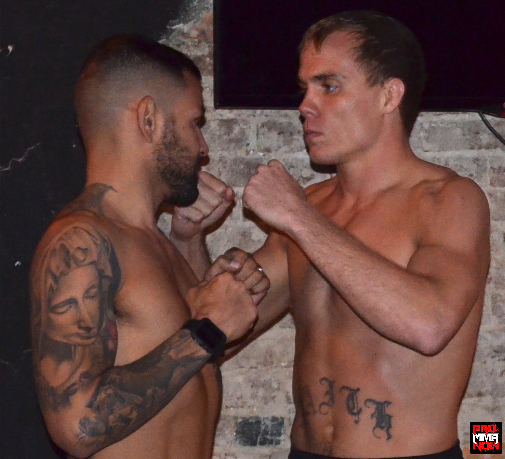 Headlining the card was a featherweight matchup between hometown hero and Pro MMA Now prospect to watch Nate “The Train” Landwehr and a Brazilian “Octopus” from Atlanta by the name of Diego Saraiva.

Saraiva’s best chance was on the ground but the fight never stayed there as “The Train” repeatedly had to tell “The Octopus” to stand up and fight. Landwehr was on track from the jump with hard punch combinations. He ate Saraiva’s leg kicks as the BJJ black belt tried to somehow get Landwehr to the canvas.

When Saraiva first began getting tagged he was asking for more, calling for Landwehr to bring it on. That didn’t last long as the heaters began finding their home. In the end the referee saved Saraiva from sustaining further punishment, stopping it about midway through round one (see fight video at bottom of page).

Landwehr sent out this message after the fight.

Now 7-2, that’s another solid win for Landwehr and over a UFC veteran who’s been inside the cage with a lot of big names, including former UFC lightweight champ Benson Henderson. Landwehr is primed for the call to the big show and it could and should happen at any time. We were right about this one. And we’re right about this one.

Murfreesboro’s Ronnie Lawrence sent Adam Fritz back to Northern Kentucky with his first loss. Their co-main event pro bantamweight fight was one of the best of the night. Fritz is a 10th Planet BJJ fighter and represented well with sneaky guard attacks from the back and a slick ground game. He also had some nice kicks and footwork, but Lawrence’s relentless pressure-style boxing and fast kicks wore the taller fighter down and busted his face up badly and a unanimous decision nod improves the Middle Tennessee fighter’s pro MMA record to 2-0. 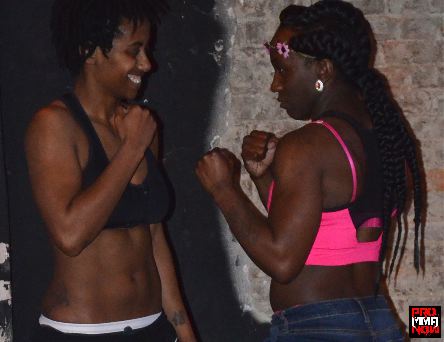 Two ladies put on a great show in their amateur MMA debut at 128-pounds as South Carolina’s Laneisha “She Hulk” Vinson laid the Hulk Smash on Middle Tennessee’s Kiki “The Butcher” Bell to get the first round TKO stoppage. It literally looked like the Hulk Smash as Vinson got to full mount and battered “The Butcher” with hammerfist after hammerfist until the referee intervened.

The full results for “A Night of Explosions” include:

Special thanks to ring announcer extraordinaire and local Clarksville sports radio personality Joe Padula for this video of the Landwehr vs. Saraiva fight. Check his Facebook page for more fights.

We understand A&A Fight Time Promotions plans to hold regular mixed martial arts events throughout the year in the Middle Tennessee area, so stay tuned for upcoming announcements. Also, be sure to check out our full photo gallery of “A Night of Explosions” from celebrated sports photographer Michael Rios.