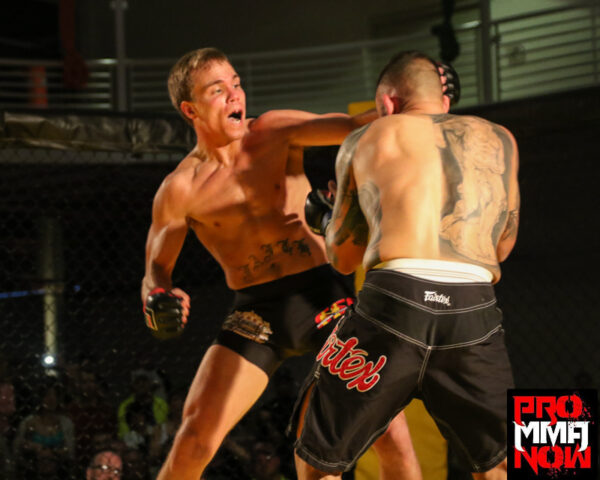 Hot 145-pound prospect Nate “The Train” Landwehr entertained the hometown fans with a highly impressive first round TKO stoppage of UFC vet and BJJ black belt Diego Saraiva in the main event. In the co-headliner, Murfreesboro’s Ronnie Lawrence proved he’s a legit 135-pounder in the area ready to make a name for himself after defeating a highly-touted Adam Fritz via unanimous decision.

The undercard was stacked with hungry fighters competing in the amateur ranks coming in from places like Alabama, South Carolina and Kentucky. There were quite a few promising prospects on the card and you can review the full results here.

Local UFC bantamweight “Cool Hand” Luke Sanders was on hand and joined myself in providing commentary for the event which should be available soon via Youtube. AWA pro wrestling personality Chase Stevens attended the event and mingled with the fans. Sports radio host Joe Padula was there. It was a blast, a very professionally run event and you should be at the next one. Enjoy the pics!

*All photos by Michael Rios Photography for Pro MMA Now*

*All photos by Michael Rios Photograhpy for Pro MMA Now*