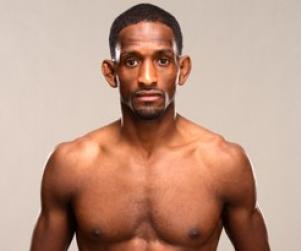 The UFC Fight Night 78 event is in the books and saw Neil Magny step in on two weeks notice to outwork Kelvin Gastelum for a split decision win in the main event. The event took place in Monterray, Mexico, and also saw the winners of TUF Latin America 2 crowned in Erick Montano (welterweight) and Enrique Barzola (lightweight). Magny took the first two rounds, with round three being a toss up before Gastelum put him down twice in the fourth round with huge punches. However, Magny did enough in the judges eyes to take the split decision for his ninth win in his last ten fights. Check out the highlights below:

Ricardo Lamas won a unanimous decision against Diego Sanchez in a featherweight scrap. It was Sanchez’s first fight at featherweight, fighting valiantly, it was the leg kicks of Lamas that did most of the damage. Check the highlights below:

Henry Cejudo probably cemented himself as the next challenger for the UFC flyweight title with a unanimous decision win over Jussier Formiga. Check out the highlights below:

Andre Fili scores a huge win via head kick and punches KO against Gabriel Benitez. Check the highlights below:

You can check the play-by-play for all of the UFC Fight Night 78 fights here.