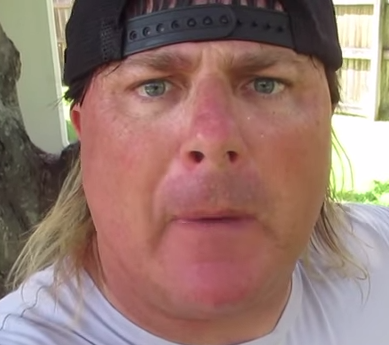 Donnie Baker is considering making some bad decisions following Ronda Rousey’s historic and devastating knockout loss to Holly Holm at UFC 193 over the weekend. Donnie says he’s not giving up on Ronda though and offers the Olympic medalist training advice. Donnie says Ronda’s coach, “Edmonds”, had a terrible gameplan and asks her to “name one famous Edmonds. I’ll tell you Ronda, the Edmonds Fitzgerald. It was a f–king boat that sank.”

Remember when Donnie Baker asked Ronda Rousey on a date to his dart league banquet.