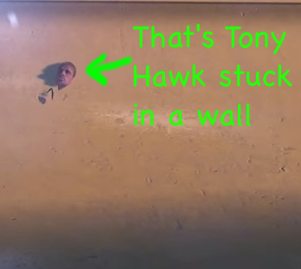 Picked this game up on launch Tuesday. I was a big fan of the earlier Tony Hawk’s Pro Skater games, especially 2 and 3, but for a franchise debut on today’s Xbox One and PS4 generation of consoles, this game falls terribly short. There’s no wonder we didn’t see any reviews of this game prior to launch because it would have gotten ripped and it would hurt Day 1 sales.

If you’re just hungry for a skateboarding game to play on Xbox One or PS4 then I’d say go for it and this game will serve it’s purpose. It’s a decent throwback to those earlier games, the disappointment is that you would expect more and something different to show the evolution of what these new consoles are capable of.

The most noticeable “upgrades” (if you want to call them that) during gameplay is a type of boost button that spits blue flame behind you when you stack up the power meter with combos, and a “snap down” ability that can make it easier to snap down on grinds. That’s it basically. There’s a park editor and you can share your creations with friends but… that’s for the hardcore players.

One of the most annoying aspects of this game as I see it are these random online people skating through your game. Theoretically I like the concept. Make it like skateboarding, if you’re out on the street skating and run into someone you guys can hook up and session a spot. That’s cool, right. But the whole interface comes off so clunky in THPS 5 that it’s just annoying.

The game starts out in the Berrics map with various missions and challenges you have to accomplish. It was fun. I played it for a few hours last night and passed most of the Berrics missions on the Pro level. There is a good time to be had here but I wouldn’t buy this game at the full price of $59.99 unless you just don’t want to wait for a used copy.

The game seems unfinished or it seems like it’s a game that could have been released last decade. There’s no new bells and whistles here that I would be super proud of if it were my name on this game and frankly, it comes off more like a money grab. Am I going to enjoy it? I will play this from time to time for awhile and enjoy it at least until we get a new-gen Skate game or a complete overhaul of the THPS franchise, cause right now, it pretty much sucks.

Check out just a few of the glitches you can find in THPS 5: