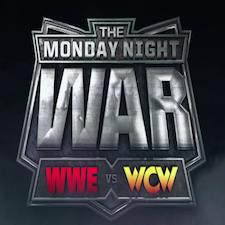 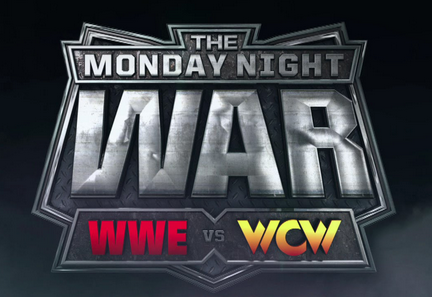 WCW Monday Nitro would come into your household every Monday night on TNT and feature the likes of Hulk Hogan, Sting, Ric Flair and the late Macho Man Randy Savage. However, Vince McMahon’s World Wrestling Federation (now WWE) had been producing WWF Monday Night RAW for nearly three years at that point on the USA Network and did so free of competition in the Monday night time slot.

The War lasted for almost six years and during that time some of wrestling’s most iconic moments and greatest stars beamed onto our television screens during prime time on competing cable networks.

Over the years countless books, television specials and documentaries have covered the who, what, when and where aspects of the Monday Night War and we all know the outcome: McMahon’s WWF purchased WCW following the AOL-Time Warner merger in March of 2001.

While there was a winner in the WWF, the real loser was not WCW. The harsh reality? The fans wound up losing.

Now, there has still been fantastic wrestling (however, sporadic it may has been) since Turner’s former promotion closed up shop but what made Monday nights from 9pm/ET-11pm/ET so great has been lost forever and it will never come back.

What made Nitro’s debut so polarizing was the fact that Lex Luger, a former NWA/WCW star, had shown up un-announced during the inaugural broadcast. Luger, had been under contract with the WWF prior to Nitro’s debut. However, his contract was up and he was a free-agent.

Story goes that ‘The Total Package’ had given his word to Vince McMahon that he intended to re-sign with the WWF. Low and behold, Luger’s word was not his bond and he had signed a deal with Bischoff and was a member of the WCW roster.

This would happen with multiple wrestlers over the course of the War. Scott Hall and Kevin Nash supplanted their spots in wrestling history with their first appearances on Nitro and would be the catalysts for WCW’s famous 84 week win-streak on Monday nights. Not to be topped would be Chris Jericho’s famous back and forth exchange with the Rock when he debuted on RAW in the summer of 1999.

These are specific instances that made Nitro and RAW must see television on a weekly basis.

While we watched from couches across the country, dreaming of who would be the next major star to defect the following week. McMahon and his inner circle started laying the ground work, unknowingly to them at the time, to put an end to surprises for good.

The beauty of these free-agent signings were due in part that when a performer’s contract was up he or she was free to sign with the competition and show up on television the next day. Prior to Nitro, there was no concern of talent showing up on a competitor’s broadcast. RAW had been airing on Monday Night but WCW’s only programming prior to Nitro was WCW World Wide that ran on syndicated television and WCW Saturday Night. Neither company felt the need to put clauses in contracts that kept talent off television for months at a time upon signing with the competition.

Nowadays, it’s not unheard of for talent to wait up to 90 days before they can start working again after they change employers. Obviously, this business model works for the promoters as it protects their business and prevents any embarrassment on live television.

The flip side to that coin kills any momentum that a wrestler may have heading into a new situation. It also doesn’t allow for the shock value of a Rick Rude being featured in the same time slot on dual broadcasts like he did in November of 1997.

An aspect of the business that made wrestling programming in the late 90’s so great has now become a thing of the past. Don’t expect a WWE superstar to show up on TNA or ROH programming without having at least three months notice of their arrival.

The War also killed off squash matches or as its been said on the WWE Network ‘enhancement matches’ on TV.

You’ll get the occasional squash like what we’ve seen with Sheamus and Ryback’s respected WWE debuts. However, these matches are nowhere near what we would see on a Saturday morning addition of WWF’s Superstars on the USA network or WCW Saturday Night on TBS. Those matches served a purpose to truly build new talent, the opponent would get in some decent offense and they would have at least four to five minutes to work.

Now we see guys who look like they can’t even curl a Coke can get in the ring with The Ascension, fully knowing that the match wont last more than three spots before its over.

Seeing stars go at it segment after segment was a nice reprieve from having to shell out $24.99 on PPV for a competitive match but it in turn devalued PPV’s in the long run. Constantly showing star A versus star B had good short term benefit for the companies and fans but now there isn’t much reason to get excited about Cesaro taking on Rusev on PPV because it has probably been seen on RAW already. This way of thinking has turned PPV staples like Survivor Series into glorified RAW’s. The only differences being that you get longer matches on the pay-per-views than you do on RAW but not much.

Ask yourself this: Have Monday nights been as good as they were 15 to 20 years ago? If no, have you ever asked why that truly is? The easy answer has and always will be: No competition.

Another fall back would be that the talent doesn’t compare to that of the late 90s and early 00s.

Can that really be true though? TNA tried their hand at Monday nights and did it with great talent like Bobby Roode, Austin Aries, James Storm, Samoa Joe, Kurt Angle and AJ Styles.

CM Punk, John Cena, Dolph Ziggler, Daniel Bryan, Seth Rollins, Kevin Owens, Cesaro, Brock Lesnar and the Rock have all made regular appearances on RAW in some way or the other over the last 5 years.

Now, there are many, MANY factors as to why fans aren’t tuning into the product like they did during the War.

But…while the War caused one of if not the biggest boom period wrestling has ever seen, made wrestlers more money than ever before and created some of the most memorable moments in history…it did not do anything to lay the ground work for bigger and better things to come.

The War is over and there will always be a new interview, documentary or article on its importance and relevance in wrestling history.

That is all well and good.

Or so we have been lead to believe…

Watch Lex Luger make his WCW debut in the video below: