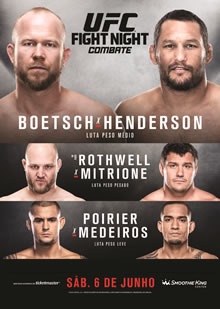 The UFC Fight Night 67 event took place Saturday night in Brazil, and the UFC will keep the events coming on June 6th with their UFC Fight Night 68 card in New Orleans. The event will be headlined by the middleweight fight between Tim Boetsch and Dan Henderson. The main event originally featured Daniel Cormier against Ryan Bader, but was scrapped with Cormier was pulled to fight Anthony Johnson at UFC 187 earlier this month.