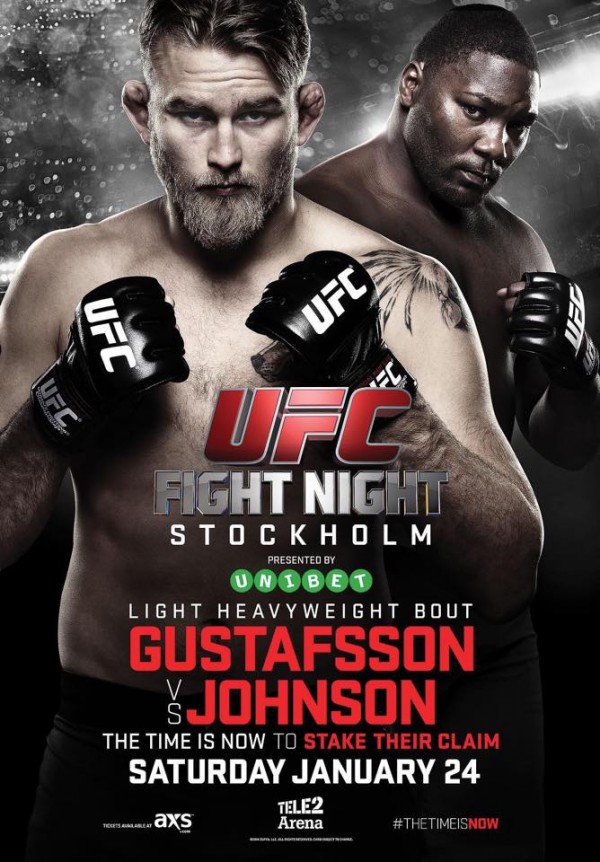 The UFC will be heading back to Stockholm, Sweden, for the UFC on FOX 14 event that will be headlined by the light heavyweight number one contender’s match between former title challenger Alexander Gustafsson and Anthony Johnson. The co-main event will feature a middleweight bout between MMA all time great Dan Henderson and Gegard Mousasi. The event will take place at the Tele2 Arena and will begin airing with preliminary fights on Saturday at 4 p.m. ET via the UFC Fight Pass subscription service. At 5 p.m. ET the preliminary fights will transition over to FOX Sports 1 with the main card airing on FOX at 8 p.m. ET. The LIVE weigh-in’s will take place at Friday at 12 p.m. ET in Sweden. Check the player below to follow the weigh-in’s beginning at  12 p.m. ET: