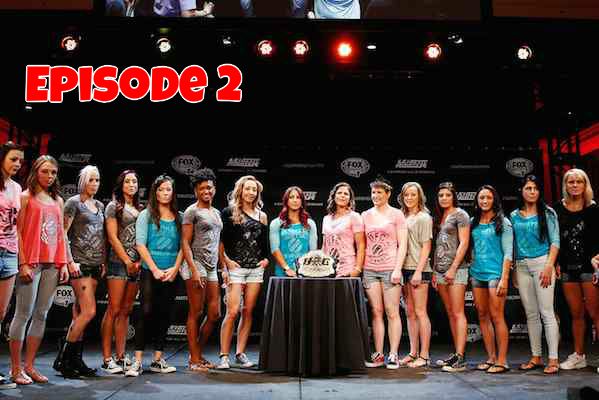 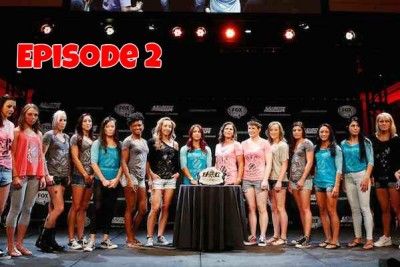 The previews for this show were pretty cool. Some blood, some drama and some fighting. Oh and yeah it’s still all women. Following Randa Markos’ win over Tecia Torres, Coach Anthony Pettis stops by to deliver Randa a gift of food! Sergio gets a friendship bracelet from an admirer as well.

It was practice time for Team Pettis Jessica Penne voiced her frustration about the stop and go training style of the coaches. Anthony tries to comfort her and let her know he wants her to get the best experience out this opportunity.

Drama starts as “Rowdy” Bec says Heather Jo Clark is draining. Heather seemed cool about it but it might be a sign of things to come. Rose Namajunas says she isn’t about the cliquing sh*t. She says that Heather might be trying to hard to be a ring leader.

Team Melendez is up for practice. Gilbert talks some of the game plan for Emily Kagan as she meets Joanne Calderwood next. Rose and Heather bust their heads after rolling.

Felice tries to organize a team meeting to discuss their concerns of possible over coaching. Pettis is open to the conversation and things seem to go well.

Joanne Calderwood talked about how her and her brother started training muay thai as teenagers and how fun it is.

Felice has talked the gals into starting a tradition of hanging up their panties on the Team Pettis sign in the locker room.

Emily Kagan says people don’t expect her to win but she is gonna shock them when she does. Her opponent talks about her focus on winning the title.

The fight commences. The first minute was a feeling out process for both fighters with Calderwood landing a couple of kicks. Lots of cheering when nothing is really happening, that’s kinda weird. Kagan lands a good left hand. Calderwood lands some shots from the clinch. With less than two minutes to go in the first, Calderwood turns up the heat. Calderwood’s knees land. Kagan starts bleeding from her mouth. It was a solid first round for “Bad Mofo Jojo”.

The second round starts with Kagan being active. The ladies clinch up again and Calderwood gets Kagan down briefly before she gets right back up. Not for long though as Kagan finds herself on the mat. Kagan gets to her feet with Calderwood still attached and slams her to the mat. For much of the remainder of the round the two were tied up on the mat in an awkward position landing body shots and such.

No need for a third round, the judges saw all they needed after two. One judge saw it even but the other two saw it for Joanne Calderwood.

Team Pettis kept control of choosing the fights. Next up, Jessica Penne vs. Lisa Ellis.

Stay close to ProMMANow for more on TUF 20 and come back next week for episode 3’s recap.