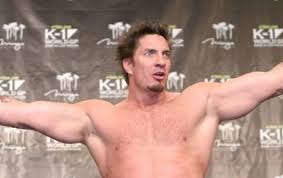 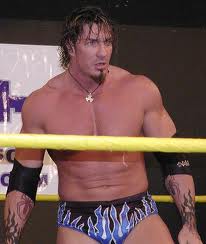 Former WCW star Scotty Riggs wrote on his Twitter this evening that former WWE and WCW star Sean O’Haire has passed away. O’Haire was an MMA veteran with Pride and K-1 on his resume as well as a performer in pro wrestling. In MMA he was a respectable 4-2 and in pro wrestling he was one of the most underutilized talents in the business. He had looks, skills, and the charisma to be at the top tier along with guys like Randy Orton and Batista, but it never really panned out for him.

“Just got a message that former wrestler Sean O’ Haire has passed away. #RIPSeanOHaire”

An obituary for Sean was posted and they encourage fans to share a memory. O’Haire died at his home in Spartanburg, South Carolina on Monday. He was just 43. This truly is a tragedy and a sad ending for a man who gave so much to the fans.

I always liked Sean. I met him 3 time throughout my travels. Once at the airport, once at an mma event, and one at a wrestling event. He was kind and responsive to the fans. He is a former WWE tag team champion and was the rookie of the year in 2002 for the Wrestling Observer’s Newsletter awards. His death at 43 is another tragedy where death took someone too soon. O’Haire will always be one of those guys I respected and hoped the best for. RIP.