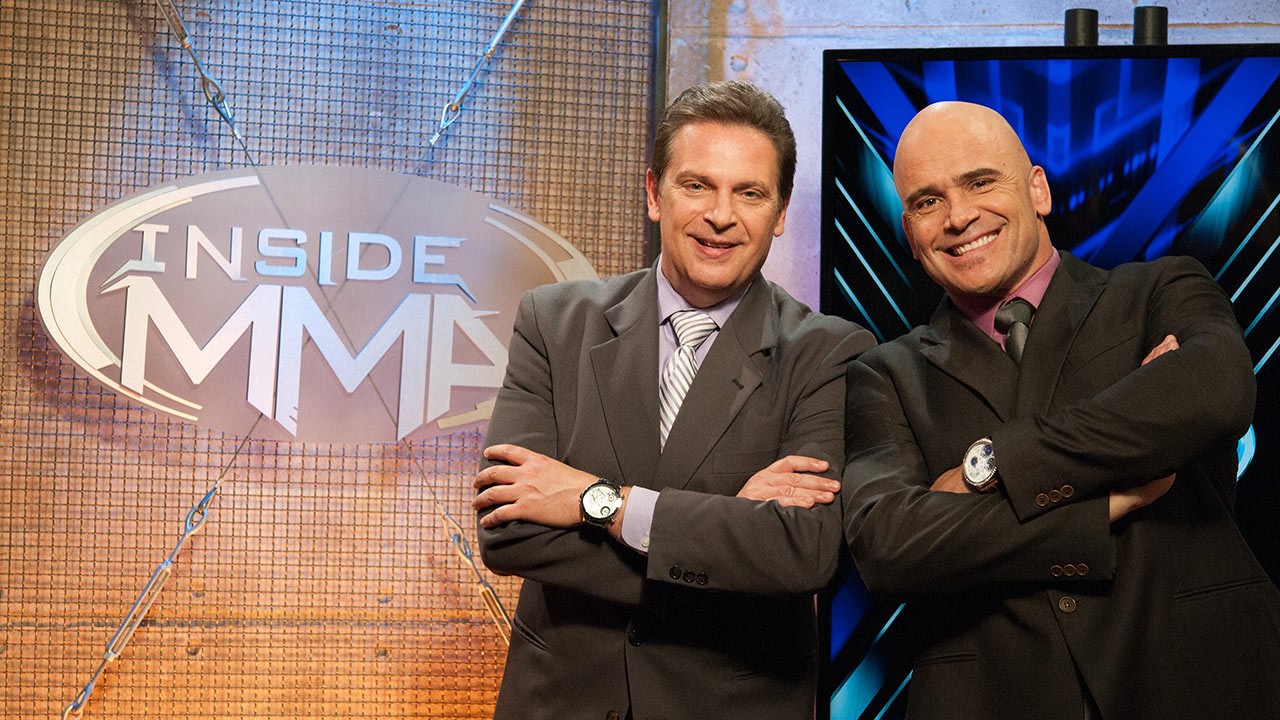 Surely you’ve seen the drama and reaction from Ben Askren following his appearance on Friday night’s Inside MMA on AXS TV. Ben loves to talk and he is quite witty but it appeared that his ramblings got him cut off by hosts Kenny Rice and Bas Rutten. He went to Twitter to vent.

Hey @mcuban I thought @InsideMMAaxstv was an independent MMA news source. Better check how much @KennyRiceSports is taking from UFC

Hey @KennyRiceSports you man enough to debate or you gonna be a scared little UFC shill ??? @InsideMMAaxstv @AXSTVFights @mcuban

Bas Rutten has chimed in with his side to the story. He took to Facebook and had this to say.

Some people commented on my wall about the Ben Askren interview we did and I wanted to say something because I promised I would but then I thought: “They can see themselves it’s really not like Ben is saying it is”, and then Ben started attacking us on Twitter and on “MMA Junkie” with untrue material, so I figured to say somethingOK, first of all: Many of you didn’t see it on TV but saw the edited clip “on line”. When you see the TV piece you see that we talk before, during and after the interview only good about Ben. The video online started like 2 minutes into the interview. Some “on line” video’s even edited the last part out where we say “good bye” to Ben

And another thing, his interview was already a minute over the normal time limit, (we have 4 minutes for guests which we tell them before hand) keep this in mind as well, I come back to it later. Just so you have an idea, it was 5,5 minutes which was even longer then Anderson Silva had last week who has been the best P4P fighter for many years and who fought the best guys out there, meaning, we try to give ALL the fighters the same time.

He’s been ranting the whole week about Dana (the week before he came on, but also over the last years), in every interview. So I asked him about it and he answers like we expected, but that’s good since this was on his mind and that’s why I asked him, now it’s up to something NEW….

Kenny cuts him off (remember we are already a minute over his “time” and the producer is already asking for that whole minute in our head sets to “wrap it up”) but Kenny still asks him, QUOTE: “Everybody wants to fight in the UFC, don’t you wanna be the best in the world? And, “MOST PEOPLE consider the UFC being the best in the world”. (That’s all he said)

Kenny says: “Thanks Ben, we have to close down the soap box, thanks for your time it’s always interesting”

Ben says: “You guys can’t cut me off like that”, and we say, (which he heard): “We can, we just did, best wishes AND CONGRATULATIONS ON OneFC” and Ben is off with a smile on his face.

Then right away Kenny continues: “Ben has always something to say, but I gotta tell you, he’s entertaining and a smart guy”….and then we talk more about Fedor, the NFL, that in order to be the best you have to fight the best and in Football you have to go to the NFL, etc etc

But then Ben starts tweeting away (and I quote): “Hey Kenny, I think that is what King Mo would call some “UFC d**k riding”, keep an open mind brother, times are changing”.

No he didn’t, Kenny ONLY said (and I quote): “They (the UFC) has had a lot of controversy over the years and we talked about this on our show, BUT MOST SAY that in order to be the best, you HAVE to fight in the UFC”. (Read that first part about the UFC again)

So he just stated what everybody on this planet knows who follows MMA, from 2006 till right NOW the UFC has been by far and still is the biggest MMA organization in the world. And yes, maybe times are changing, but that’s maybe, NOBODY knows if they will even live tomorrow

Ask ANY fighter on the planet: “Where are the best fighters in the world? In what organization”? They will ALL say “UFC” and when not, they lie about it. Simply look at any top 10 list yourself, most those guys from ANY weight class are UFC fighters.

Also when Ben would never fight in the UFC we all never REALLY know if he is, in fact, the best? He can SAY he is, and we know he’s good, but he simply never fought the best. Because all the top 10 fighters in his weight class (except him at #8) are from the UFC and he never faced any of those guys so we simply don’t know. He could be, he could not, only one way to find out….

And he KNOWS that in order to be recognized as the worlds best he has to fight in the UFC since he answered Kenny’s question, with: “100% and I don’t disagree with you”.

In the end, Ben has made it clear about his dislikes and he repeated it and that was fine, his choice, but then he kept ranting and also started saying things like that there were “unhappy employees at the UFC”, and that: “Bellator and One FC are gaining ground rapidly” but there was no proof of that and he offered no proof. (This interview was before the UFC and Bellator had their shows that evening and nobody knew the ratings yet)

Listen, in every organization are fighters or other employees that are not happy, ask Eddie Alvarez for example. We always try never to allow something to be said as a fact when there is no evidence that it is. When you DO say something about somebody or something, we have follow up with a question; which is how this whole thing got started.

Also, in seven years, entering our 8th, with over 500 guests no one had ever tweeted to Marc Cuban complaining about his treatment, and we’ve had some controversial people on, Mayhem Miller, Don Frye, Nick Diaz, Michael Bisping, Tito, Rampage, Dana, etc. No one has ever complained except Ben. Ben knows this too but his nature is to stir things up on twitter like he always does, and he obviously did.

Again, we didn’t say anything bad about Ben, we only talked good about him, watch the whole interview yourself, so we said NOTHING bad about him.
In fact we always love to have him on our show that’s why we got him on after his fight at OneFC so we could tell him congratulations and to ask what’s next for him?

So for him to say: “we don’t like him and we want to make him look like an ass” I have no clue how he even could think that?

Kenny Rice has yet to comment but reading this from Bas, what is your take on the incident?