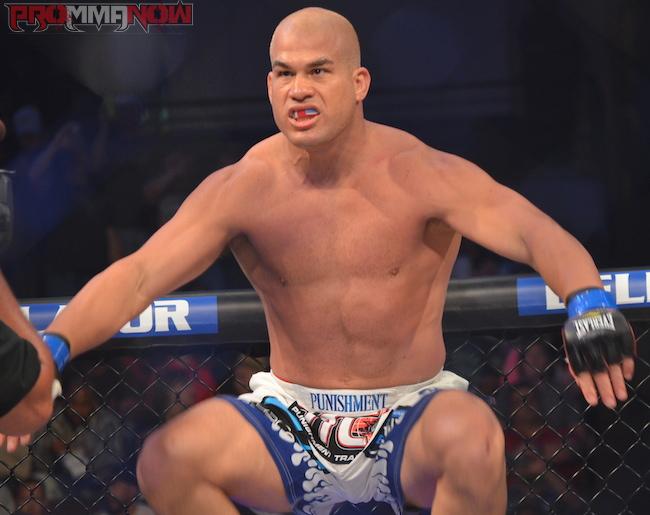 Many fans were shocked when it was announced last week that UFC Hall of Famer and TUF 1 runner-up Stephan Bonnar had come out of retirement to sign with Bellator and was campaigning for a potential fight against fellow Hall of Famer Tito Ortiz.

“I want everyone to know I’m coming out of retirement because it’s time to free the MMA world of the virus that’s known as Tito Ortiz. We’ve been suffering through his boring fights for too many years, and it’s about time that someone beats it out of him once and for all.”

Tito fired backed at Bonnar today on Instagram with the following photo, saying:

“#BitchBoy of the year.”

“Bonnar be like I’m not on the juice” is obviously in reference to “The American Psycho’s” history of testing positive for steroids; the first time in 2006 after his rematch with Forrest Griffin, and most recently, following his loss to Anderson Silva in 2012. Bonnar retired afterward and has not fought since.

No official announcement has been made regarding Ortiz vs. Bonnar yet, but Tito is a master of building hype for fights and it seems the writing is on the wall for these two to clash. Maybe Bonnar is still pissed Tito said he didn’t think he belonged in the UFC Hall of Fame.

If this fight does go down, who do you see taking it? Leave your comments and thoughts on the match-up below.
[ads1]
[ads2]