Here’s a screen capture from the Ventura County Sheriff’s Office showing the inmate info on Jon Koppenhaver (War Machine), who was captured Friday in connection with the alleged beating of adult film star and ex-girlfriend, Christy Mack, in Las Vegas. 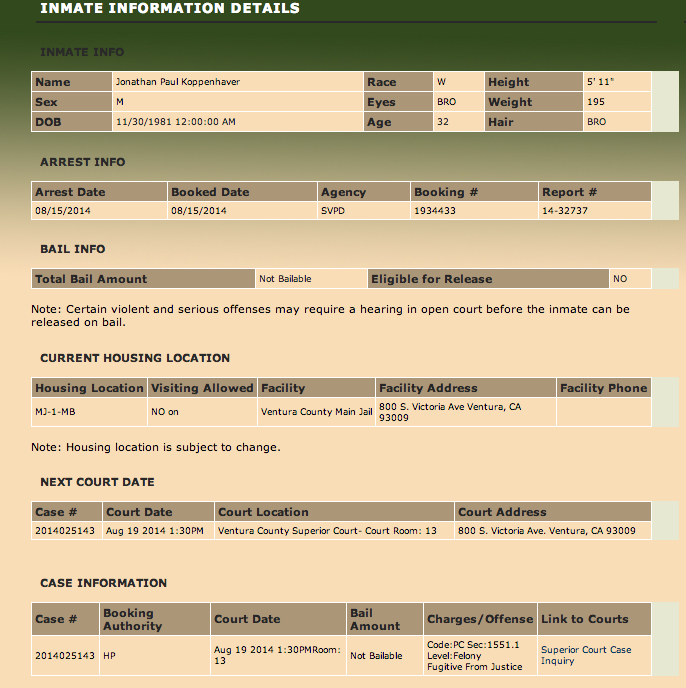 According to the inmate information War Machine is being held without bail and his next court date is on Tuesday, Aug. 19, at 1:30 p.m. PT at Ventura County Superior Court – Court Room 13. It appears they aren’t allowing War Machine any visitors either, just in case you were thinking about paying the ex-Bellator and UFC fighter a visit.

According to TMZ, he had seven warrants for his arrest that included:

What do you think would be a just punishment for War Machine should he be found guilty?
[ads1]
[ads2]