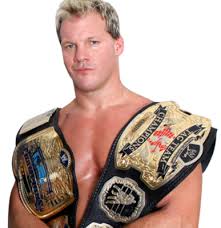 There are many memorable moments in the WWF/WWE. Some of them for the wrong reasons, Mae Young giving birth to a hand, and some are unforgettable for all of the right ones, Shawn Michaels comes flying to the ring in style on a zipline. But – it’s the entrances that make us stand up at WWE events and the theme songs that sometimes give us chills when they hit the speakers. It’s the introduction, the official announcement that someone is coming out from behind the curtains and for us to get ready. We present to you the 10 best entrance themes in WWE’s long history.

This one may seem out of place, but man did it ruffle feathers for a long time in Shawn’s prime. He was the total package. Ridculously good looking with a tremendous physique. Men wanted to be him and women, well, they wanted to rip his clothes off and have his babies. What makes this awesome is that Shawn himself provided the vocals further cementing his cocky playboy image. Just check out some of the lyrics below and tell me this isn’t brilliantly, frustratingly annoying. There are 9 other songs that did a better job of announcing who was coming out next, but man this one did it’s job so well. Proof? It worked when he was a good guy, too and that is saying something.

Eat your heart out, girls
Hands off the merchandise

It was no secret that The Road Dogg Jesse James was better than his tag team partner Badass Billy Gunn. Their music would hit and what made it unique was the live use of James’s microphone as they walked to the ring. He would belt out “Oh you didn’t know? Yo’ ass betta call somebody!” and the crowd chanted happily along. There’s more to it, but it was that element of personal connection with the fans and Gunn’s “two words for ya” that made it #9 on this list.

8. Chris Jericho – Break The Walls Down

Chris Jericho made his debut for the WWF in August of 1999 and it was a memorable one. Being held back for so many years by the WCW regime because of his size and refusal to play politics made this all the more sweeter for him. The fans were behind him and ready for him to take spotlight. Since then he has been a mainstay for the WWE and has kept the fans interest more than others. His music is one of the best in the business and he gets the #8 spot.

Granted this version was not always used by The Nature Boy, but it is pretty much the best version of it he has used. The pageantry, his expensive sparkly robes, and signature “Whoo” are included. There may not be a better scream in the business than his and certainly not one the fans have embraced. Flair will always be one of, if not the greatest in-ringperformer in the history of professional wrestling.

The reason this makes the list is the fact that it looks great with fireworks. It is a driving, gritty guitar theme that punches you in the face. It states that the man in the reflective sunglasses and leather jacket is really a hitman looking to take someone out. This one has been one of my favorites since becoming a Bret Hart fan as a kid.

Those are the ones that made the upper part of this top 10 list. Top 5 coming soon. Can you guess what they are?